TOP TRAD PUB UP FOR SALE

ONE of Donegal’s most famous music pubs is up for sale. 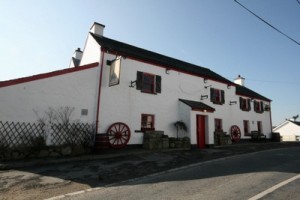 Bonnar's is well-known for great music and food

s Bar in Mullaghduff went on the market at the weekend.

Located near Donegal airport at Carrickfin, the original bar dates back to 1876.

A spokesman for Property Partners in Letterkenny told DonegalDaily.com: “It is a tremendous pub with a warm and inviting atmosphere.

“It has been renovated throughout but has still retained its old word atmosphere. We are expecting a great deal of interest in this particular pub because of its reputation as a great traditional music pub as well as good quality food.”

The pub comes with its own self-contained living quarters with five bedrooms, two of them ensuite.

It’s understood there have already been a number of enquiries.

One regular at the premises told us last night: “It’s a great wee country pub. If I had the money I’d buy it myself. There’s just something very special about the place and it’s hard to say that about many pubs these days.”

Further details are on propertypartners.ie