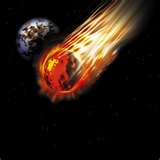 A fireball was spotted in the skies over Donegal on Sunday night, space boffins said tonight.

A spokesman for Armagh Observatory said they had been “inundated “with calls about an object in the sky which was on fire.

A caller from Coleraine, Co Derry said the object burned bright yellow and orange and had a long tail and was seen crashing off the Donegal coast.

A caller from County Down said it was a ball of fire.

The Observatory spokesman said it could have been an asteroid, a piece of comet or space debris – crashing to earth at 100s of kilometres per hour.

It could have burned up over the North Atlantic Ocean off the Donegal coast.

Reports of the fireball can be viewed as a link from the Armagh Observatory website.

The Armagh Observatory has appealed to anyone operating north-pointing CCTV cameras in the Inishowen, Fanad and Rosguill peninsulas to inspect video footage recorded between approximately 1730 GMT and 1800 GMT on Sunday 28 November.

“If enough video footage from different parts of Donegal is found, then it may be possible to determine the nature and origin of the impacting object,” the spokesman said.

Experts may then be able to establish what the object’s original orbit in the solar system might have been and whether it was part of a previously known meteor shower.