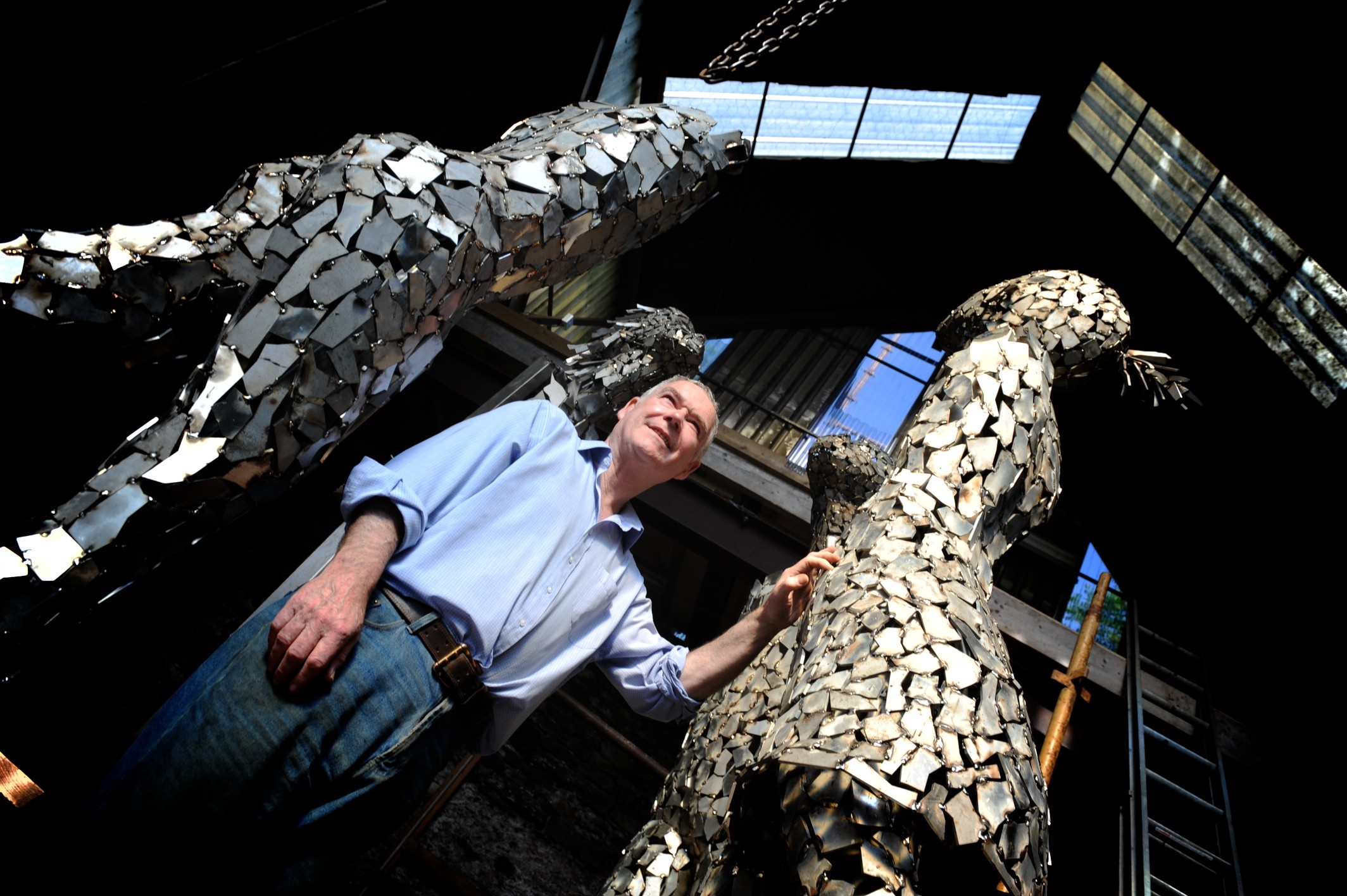 EYE CLINIC HAS SOLUTION FOR DONEGAL 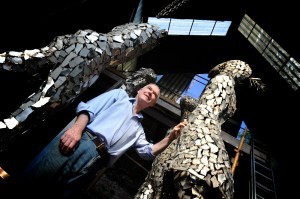 IT’S just a couple of hours up the road, and a Belfast-based eye clinic has revealed that more and more people from Donegal are choosing to receive world-class care with them.

Offering everything from laser treatment to cataract removal, there are no queues and no waiting lists as some of the country’s best eye care specialists are based at the Cathedral Eye Clinic, located at the University of Ulster in York Street in the city.

The increase in the numbers of people travelling to Belfast comes just weeks after a famous Donegal artist revealed his eyesight and his career had been saved by clinic specialists.

Burt-based Maurice Harron, 63, is famous at home and abroad for his public artworks including the Hiring Fair statues in Market Square in Letterkenny.

However Mr Harron has revealed that three different eye illnesses threatened his eye sight and the completion of new works at home as well as a project in Colorado, USA.

Maurice was told he had cataracts, the potenitally blinding illness glaucoma as well as presbyopia, a condition where the lens of his eye was hardening and reducing his ability to see clearly.

Maurice was initially told that there was no possibility of treatment as his age meant he was considered too old for laser surgery. That was until he met Professor Jonathon Moore at the Cathedral Eye Clinic.

“I sought advice and was told there was nothing that could be done for me. I
was too old for laser eye treatment.

“I was also diagnosed with the illness glaucoma. When I heard about the
Cathedral Eye Clinic in Belfast from a friend, I’d thought I’d go along and get a
check up. I was in shock when they told me I had cataracts as well.

“Professor Johnathon Moore said he could remove the cataracts but also
replace the lens in each eye with new permanent artificial lenses. He was
brilliant throughout.”

Maurice Harron had one lens inserted in May and a second procedure on his other
eye took place a couple of months ago.

He plans to follow this with the iStent procedure to tackle his glaucoma soon. The tiny
device – the world’s smallest medical device measuring just one millimetre – stops the spread of the illness – a procedure pioneered at the Cathedral Eye Clinic.

“I’m absolutely stunned at the results. I can see clearly, as if I was 15 years old
again. It’s like being given new bionic eyes!

“There is no blurring, no straining of the eyes. I can see in perfect 20:20 vision
and the colours are just amazing.

“The sharpness and the clarity has given me a new lease of life. I can see
things that I could never see before.

“I’ve gone from someone who thought I’d never be able to continue my work to
someone who has a clear vision of the future, in more ways than one.

“I knew I was too old for laser eye surgery; this new artificial M-Plus lens
inserted into my eye gives hope to people of my age who have been told in the
past that there’s nothing anyone can do for them.

“Clearly the experts and Professor Moore at the Cathedral Eye Clinic do have
solutions and I have to say I don’t know what I would have done without them.

“I came out of the theatre at 11.30am and two hours later I had taken the patch
off and could see like I’ve never seen before.”

Maurice had a Lentis M-Plus multi-focus lenses inserted into the front of his eyes in
separate operations.

Professor Moore, who lectures on the procedure to other eye specialists from around
the world, told donegaldaily.com:

“Vision correction surgery has really taken off from small beginnings two
decades ago.

“I have been working to help develop new techniques and the MPlus lens
replacement is the very latest technology. It’s the next step forward and it’s a
huge step forward.

“It opens up a whole new world, especially for those over the age of 40 who
tend not to be suitable for regular laser treatment.

“I am particularly delighted for Maurice. His works are incredible and now he
can continue to give the world his wonders.”

Based at the University of Ulster in York Street, Belfast, Professor Moore and the
Cathedral Eye Clinic specialise in a range of ground-breaking procedures.

Gloria McCall, from Topcon, the company behind the M-Plus lens said: “Professor Moore is at the cutting edge of this revolution in eye care and vision correction.

“He is one of a number of surgeons at the forefront of research and he has played a crucial role in the development of the MPlus lens.

“This lens is the very best and very latest technology. Professor Moore and his team are literally changing lives with what they are doing.

“I have watched him with his patients. He explains everything to them in such detail. He never over-promises but always over-delivers.

“This lens itself is very simple but it gives outstanding results. We know from talking to people once they have them how it does make a massive difference.

“Whereas the laser treatment offered at the moment generally only suits people under the age of 40,this new treatment can work for most people of any age.

“We know so many people it has worked for; people in their 50s and 60s who can play sports again and do so many new things.

“We are delighted for Mr Harron. Professor Moore helps us with that research. For example nine out of ten people can see normally again within an hour of surgery. And it is affordable for many people now.”

Clinic Optometrist Andrew Spence told us: “We are now receiving patients from all over Ireland, but in particular from Donegal. We are delighted that so many people are being given a life free from glasses.”

EYE CLINIC HAS SOLUTION FOR DONEGAL was last modified: November 30th, 2010 by admin