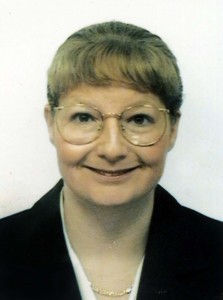 A KEEN diver disappeared just five feet from the safety of rocks after a diving expedition went fatally wrong.
Ann Howard, 41, disappeared off rocks off Arranmore Island in Co Donegal.
Letterkenny Coroner’s Court heard she was an experienced diver of more than 10 years and had been part of a team of eight divers who were diving at a place known as Paradise Cavern on May 9th, 2008.
The group had come over from Manchester to spend a number of days in the area and conditions were described as perfect on the day with little wind and diving in relatively shallow water.
Letterkenny Coroner’s Court heard how Ms Howard, who had complained of having a sore ear, was teamed up with her ‘dive buddy’ Lee Harvey.
Shortly after they entered the water, they separated from other members of the group while they were swimming at a depth of about 14 metres.
The pair resurfaced but were not sure of their location.
The dived again because the current was strong and they could not swim against it in a bid to find their location.
When they surfaced again, Mr Harvey signaled to go one way but Ms Howard signaled the other and eventually they went the way she signaled.
Mr Harvey, who has done 30 dives since 2006 and was less experienced, managed to scramble onto a small rocky island.
He flapped his arms about to attract the attention of boats while Ms Howard remained in the water.
When Mr Harvey managed to come back to where Ms Howard of Ashton-Upon-Lyne, Lancashire had been, she had disappeared.
The driver of the boat which had taken the divers out, Oscar Duffy of Inishfree Charters, who contacted Malin Head coastguard station and a search was launched for the rest of the day..
The search was called off and the following day, May 10th, members of Sheephaven Sub Aqua Search Team Garda comprised of 11 divers, led by Garda Sgt John Joe Rowland, met at 8am at Burtonport and went to Paradise Cavern but found nothing.
A while later the team moved along the coast close to where Ms Howard disappeared and at 9.50am her body was found on the seabed at a depth of 22 metres.
An SOS signal was flashing on the dive computer worn on her hand.
There was still air in Ms Howard’s bottle – a third of her bottle or enough to last half an hour according to Sgt.Rowland, who has 25 diving experience.
Pathologist Dr.Katriona Dillon said death was due to drowning and there was no evidence of disease and no alcohol or drugs found in the body.
The dead woman’s boyfriend, Steven Quarmby, also an experienced diver, asked a number of questions and said he could not understand what had happened to his partner.
A diving equipment expert, Mr Rory Golden of Flagship Scuba Diving from Dublin, examined the dead woman’s diving equipment.
He was critical that Ms Howard had used a number of different types of breathing equipment and put them together which he said was not recommended.
“Regulators are a life support system and one should never mix them up – particularly the first and second stage. Divers do chop and change over years but we would never send a regulator out mixed like that.
“I’m not pointing the finger, we all do silly things but as you get older, you get wiser,” he said.
However he said information from her equipment showed a fairly normal dive but did say that it would have been an uncomfortable dive because Ms Howard would have found it hard to breathe.
But Ms Howard’s boyfriend, Mr.Quarmby said she had used equipment since 2002 and had never had a problem with it.
Coroner John Cannon said it appeared that diving was a very enjoyable past-time but was dangerous.
However diving expert Mr Golden said more people were killed hill-walking in Ireland each year than they were diving.
The jury found Ms Howard died from drowning in accordance with the coroner’s direction.
“It is somewhat a mystery to us how she happened to drown on this May Day in the quiet waters of North West Donegal in diving conditions described as perfect,” he said.