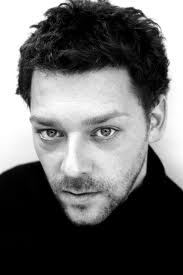 The famous Five Finger Strand, Malin Town, Moville and Malin Head will be the scene of the film – and filming will take at least five weeks (and possibly seven) – giving a massive boost to the local economy!

The film is set on an island off the coast of Donegal that has been invated by blood-sucking monsters – and locals can only survive by getting drunk!

It will be shot here in the county, as first revealed by donegaldaily.com last week – and in the North and is funded by film councils on both sides of the Border. It will be distributed by Sony Pictures.

Aideen Doherty from the Donegal Film Office confirmed our story.

“This is brilliant news for Donegal,” she said today.

“Local hotels and businesses will benefit and filming will last a month,” she added.

Just to add to the glitter – the special effects boss of Grabbers is none other than Shane Harrison, the master of seduction on most of the Harry Potter movies! He will spend three weeks in Moville!