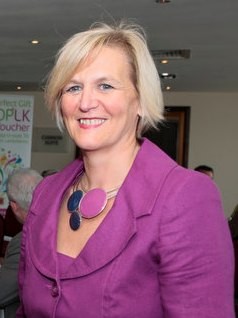 AFTER THE BIG CHILL, THE BIG SHOP…AND THE BIG TRAFFIC JAM! 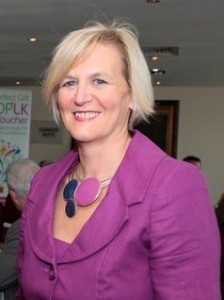 THERE was traffic chaos in Letterkenny yesterday as the people of Donegal finally got to go Christmas shopping – and there will be of the same when shops open this Sunday afternoon!

After a fortnight of hell, traders were reporting huge trade throughout the county – in Donegal Town there was also gridlock at times.

Shopping fever replaced cabin fever across the county thanks to the thaw – and temperatures of +10C…25 degrees higher than on some nights last week.

Letterkenny chamber boss Toni Forrester had predicted a sales boost – and it is being helped by the slide of the Euro as more people choose to shop at home in Donegal this year.

Our reporters did witness some road rage incidents in Letterkenny yesterday as tempers became frayed in the two-mile tailbacks.

But thankfully there were Gardai at the busiest junctions to prevent more selfish drivers from blocking traffic. They will be on duty again today.

In the new Dunnes, there was evidence of panic-buying as shoppers loaded trolleys with turkeys, brussel sprouts and booze.

Predictions of the return of the Big Chill next week also had thousands of shoppers queuing to buy presents at many stores on Main Street and in the Retail Park.

And there were tailbacks to Letterkenny General Hospital from the town’s Shopping Centre.

“Christmas shopping has been delayed this year so we expected to see an influx of customers to Letterkenny this weekend,” said Toni Forrester.

“People were stuck at home and haven’t been able to  get out as much as they should so we hope to see plenty of shoppers this weekend catching up on that all important Christmas shopping.  As usual Letterkenny  has all the brands and fantastic value across the board.”

AFTER THE BIG CHILL, THE BIG SHOP…AND THE BIG TRAFFIC JAM! was last modified: December 12th, 2010 by admin