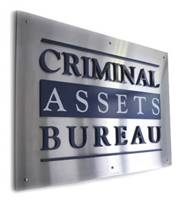 THREE STATE organisations are set to examine ‘every detail’ of an investment scam – including those who ran it and all those who put cash into it, we have learned this evening.

Last week donegaldaily.com revealed how the Garda Fraud Squad had raided several premises in Donegal as part of a probe into what they believe was an investment scam – a Ponzi scheme were scamsters pocket most of the cash.

This afternoon we were told that three different agencies plan to probe ‘every single aspect’ of the scheme.

Gardai, the Criminal Assets Burean and the Revenue investigators want to know where vast sums of cash came from to invest in the scheme in the first place.

Then they want to know what the foreign national behind the scam did with the cash.

It is a complicated international web of deceit; linked to eastern European mafia figures and scams in the North, England, France and Germany.

One frightened source told us today: “Anyone who touched this scheme as a salesperson or as a so-called investor could be in trouble. There are a lot of frightened people in the county tonight.”

One of those we spoke to earlier today just wants to get his money back. He has invested a large five figure sum in the scheme and has revealed that a promised refund due yesterday was not forthcoming.

And that is the fourth time the scheduled re-payment has been postponed.

“I’m at my wits end,” admitted the Donegal man.

“This is all the money I have in the world and if I don’t get it back, I am ruined. I was supposed to get the money back on four different occasions and they (those running the scheme) keep postponing.

“I don’t even want a return on the cash; I just want my money back.

“It all looked so professional. I was given a receipt and had a photocopy of the cheque stapled to that.”

Donegaldaily.com understands that one investor is waiting for more than €1M. He is also still waiting.

The latest revelations relate to an exclusive donegaldaily.com investigation into a mult-million euro scam headed by a convicted criminal and sold on to dozens of people throughout the county and in the North by a number of well-known Donegal people who may not have known they were being conned.

Investors were asked to put money into a scheme which has now been exposed as a so-called Ponzi scam. Investors at the bottom rarely get their money back, although in this case one of the sales people has told one of our contacts that everyone will get their cash.

One businessman said he also advised several friends to get out of the scheme after he checked a legitimate business that did invest in buying and selling liquidated stock and companies.

It is similar to a scheme run by notorious American Bernard Madoff who stole billions of dollars from investors. His son committed suicide last weekend.

Yesterday another Donegal businessman offered a chance to join the get-rich-quick scheme revealed that he had turned it down because he said ‘it was too good to be true’.

The businessman from the south of the county has told donegaldaily.com that he also advised other clients that the scheme was a scam – there were no proper documents and it was not regulated by the financial authorities.

A Revenue source told us: “We believe a lot of this money that was invested wasn’t clean money and hadn’t even been declared before it was invested. There are a number of major investigations.

“Frankly some of this money appears to have come out of nowhere and there are some cases which will end up with the Criminal Assets Bureau.”

Anyone with information that can help detectives is asked to call the Garda Bureau of Fraud Investigation on Dublin 01 666 3766.

* YOU CAN SEND US INFORMATION ON THE SCAM IN CONFIDENCE TO INFO@DONEGALDAILY.COM. WE NEVER REVEAL OUR SOURCES.