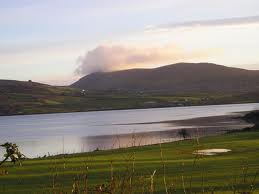 THE BODY found at Inch Island yesterday afternoon has been confirmed as that of missing Letterkenny woman Una Boyle.

The body was discovered by a woman out walking her dog at approximately 3.30pm.

Gardai have this evening confirmed the body is that of the 43 year old woman from Ballyraine.

The late woman’s family travelled to Letterkenny General Hospital to make a formal identification of her remains earlier last night.

Gardai were alerted when a pair of shoes was found by the Port Bridge on the outskirts of the town.

Divers, the Gardai, a helicopter and members of the public have conducted a search for the missing woman eversince.

A special dog unit was also drafted in yesterday morning from Co Antrim to help search for the missing woman.

Ms Boyle, a single woman, lived with her mother in the town.

When last seen Ms Boyle was wearing a navy fleece.

HEARTACHE FOR FAMILY AS BODY CONFIRMED AS THAT OF MISSING LETTERKENNY WOMAN was last modified: December 16th, 2010 by admin