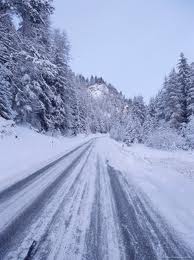 Temperatures have become so low in parts of the county tonight that salt has become ineffective on some roads – and there was traffic chaos in Letterkenny this evening.

Much-needed salt supplies have been arriving into Donegal after the county council was controversially forced to limit the supply to Primary and Secondary routes.

But Vincent Lynn, senior engineer with Donegal County Council, revealed that with temperatures dropping as low as minus 13 degrees, the salt is now not having any effect.

He revealed the road between Letterkenny and Ballybofey remains treacherous even after having been salted a number of times.

And he has pleaded with people not to travel on the road unless it is absolutely necessary.

Last night however hundreds of people decided to brave the elements and trade was brisk, particularly in Letterkenny where it took up to 90 minutes to drive through the town.

Bars in the town are also said to be busier.

If they are using the road, they should travel very slowly and remain vigilant.

“We have salted these roads three times but salt is ineffective when it goes below minus 10. We are asking people not to travel these roads unless they really have to,” he said.