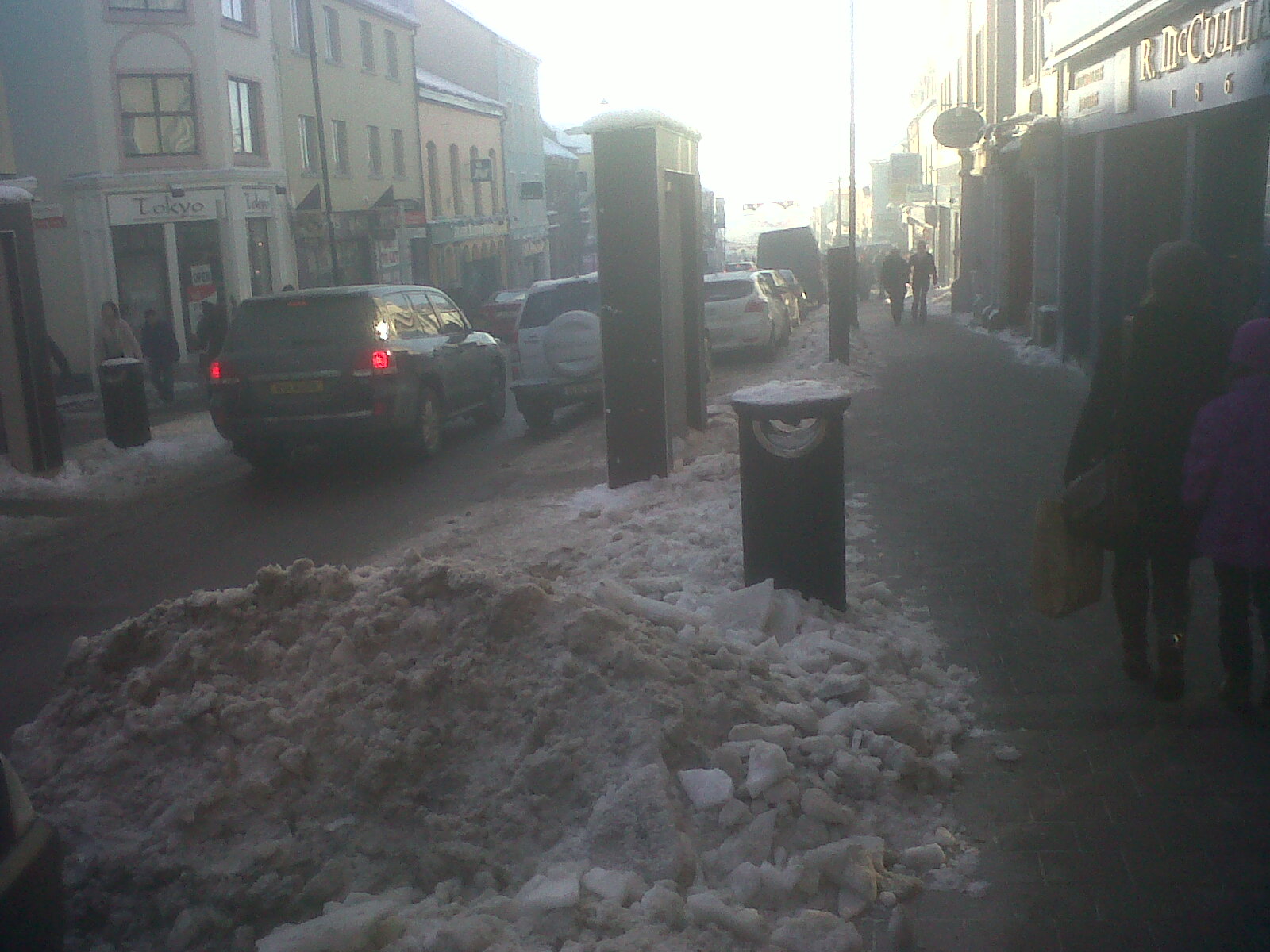 DESPITE THE BIG CHILL AND DODGY ROADS, CHRISTMAS EVE SHOPPERS HIT THE STREETS

AFTERNOON UPDATE: IT IS another numbingly cold day in Donegal – but shoppers are out in force this afternoon in a last-minute Christmas Eve dash.

Retailers in all the major shopping towns are reporting brisk trade, although it isn’t as busy as it normally would be.

Road conditions are particularly poor this morning in and around Ballybofey, Glenties, Cardonagh and Ardara.

Gardai have said today that motorists should avoid the Barnesmore Gap if possible as overnight salting has failed the crack the ice. At 9am this morning temperatures of -15C are being recorded.

Yesterday evening there were tailbacks in a number of towns, with delays reported in Buncrana, Letterkenny and Donegal Town.

It is the same today – with some congestion around Letterkenny Shopping Centre, the retail park and on Main street.

Retailers could do with the last minute boost – trade has been dreadful thanks to the shocking state of our roads in the past week.

And they aren’t much better this morning as overnight temperatures recorded by donegaldaily.com sank to an incredible -16C.

There are fears that the weather will hit Christmas religious services as people throughout the county attend services tonight and tomorrow.

The bad news is that more snow could fall over Donegal on Christmas Day tomorrow before the thaw arrives late on Sunday.

Donegaldaily will keep you posted throughout the festive period.

DESPITE THE BIG CHILL AND DODGY ROADS, CHRISTMAS EVE SHOPPERS HIT THE STREETS was last modified: December 24th, 2010 by admin