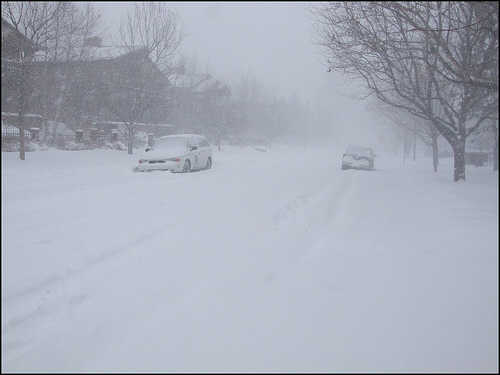 9PM UPDATE: THAW UNDER WAY, BUT WARNINGS ABOUT ROADS

THE BIG THAW is under way – and now there are warnings over slippery roads and footpaths – and possible flooding.

Temperatures across the county rose throughout the day – but the widespread blizzards predicted by Met Eireann didn’t materialise.

Road conditions over the next 24 hours could be amongst the worst brought by the Big Chill – footpaths in many towns are treacherous as the slush and ice replaces compact snow.

Gardai are appealing for motorists to exercise extreme caution across the county today and to only if absolutely necessary.

Most main roads however are in the best state in more than eight days.

9PM UPDATE: THAW UNDER WAY, BUT WARNINGS ABOUT ROADS was last modified: December 26th, 2010 by admin