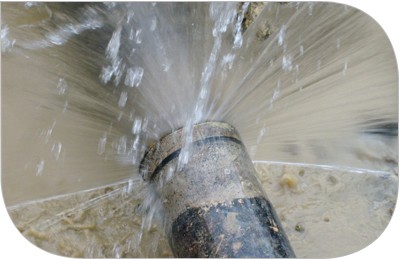 HOUSEHOLDS and businesses are facing another night of disruption to water supplies with more areas hit by cuts.
As Donegal County Council works through the night to conserve stocks and repair burst water mains, the council has announced that the following areas will face restrictions.
This is causing dreadful hardship for many people but the council says it has no choice if it is to return water supplies to normal.
Tonight the council has issued the statement below:
THE FOLLOWING AREAS HAVE BEEN HIT AND INCLUDES A NOTICE FROM THE COUNCIL:
Water Conservation Appeal

Planned Restrictions to public water supplies (Tuesday 28th December 2010)
Demand for water has increased throughout the County seriously affecting reserves. As a result water supply will be restricted in the following areas tonight, note some from as early as tea-time:

Water supplies will be restricted in the following areas
South Letterkenny Area from 10:00pm until 8:00am
including Rahan, Ballyboe, Scibley, Lismonaghan, Correnagh,
Rockhill, Newmills and Conwall
Ballyraine Area from midnight until 8:00am  including Sylvan Park, Ashlawn, Ballyraine Park, Orchard Grove, Thorndale, Magherannan Heights and Elmwood Downs
Altangaddy Group Scheme Ramelton from 10:00pm until 8:00am
including Moorfield, Breaghy and Carnisk Areas
* Milford Water supply was interrupted (today, 28th December) arising from a local production problem which is now
cleared and supply should recover there shortly
Water Conservation Appeal

The Water Service in Donegal wish to appeal to the public to help us eliminate such wastage. This will help save water stored in reservoirs and avoid further shortages throughout the county .

With the experience from the widespread disruption last winter we are highlighting the following areas in particular where the public can help eliminate wastage of the public water supply:

Running taps – please avoid leaving taps running. This is counter productive and will run down available water in storage

Burst mains / leakage – any suspected leaks on watermains or wastage should be reported to the County Council at your local public services centre.

Vacant properties – please continue to check vacant properties where internal plumbing may be damaged by freezing conditions. Ideally the water supply to vacant buildings should be turned off and systems drained of all water, e.g. where members of the public who are going on holiday during the coming months, we would recommend that they turn off the water supply to their premises and drain all water out of the system before leaving the property.

Farming Community – we ask that you check all field connections and turn off leaking drinking troughs. This has proven to be a serious problem in rural areas in recent years. We also ask for your assistance in checking for burst pipes in farm buildings and burst hoses laying over ground. Essentially anywhere on the farm that water may be lost

Caravan Parks – another area that is often remote where plumbing may be exposed and water losses can be slow to appear, we appeal to all caravan park owners to turn off the water supply to eliminate wastage.

Donegal County Council continue to record an increase in demand on a number of water supplies in the county during the current cold weather conditions. We suspect the increased demand for water arises from