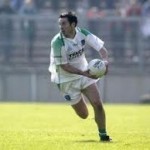 Donegal have been handed a secret weapon for their upcoming championship campaign after Rory Gallagher was made part of the senior management team.

The Fermanagh player was poached by Jim McGuinness to be a member of his backroom team for 2011.

Gallagher will be Jim McGuinness’s number two and it is understood he met with the players on Monday night.

Gallagher, who also played for Cavan, is currently living in Killybegs.

He played for Fermanagh in last year’s championship but this appointment as Donegal selector appears to end his county playing career once and for all.

Gallagher won an All-Ireland club medal with St Gall’s of Antrim in 2009.

Donegal will play their opening match in the Dr McKenna Cup against Tyrone on Sunday.