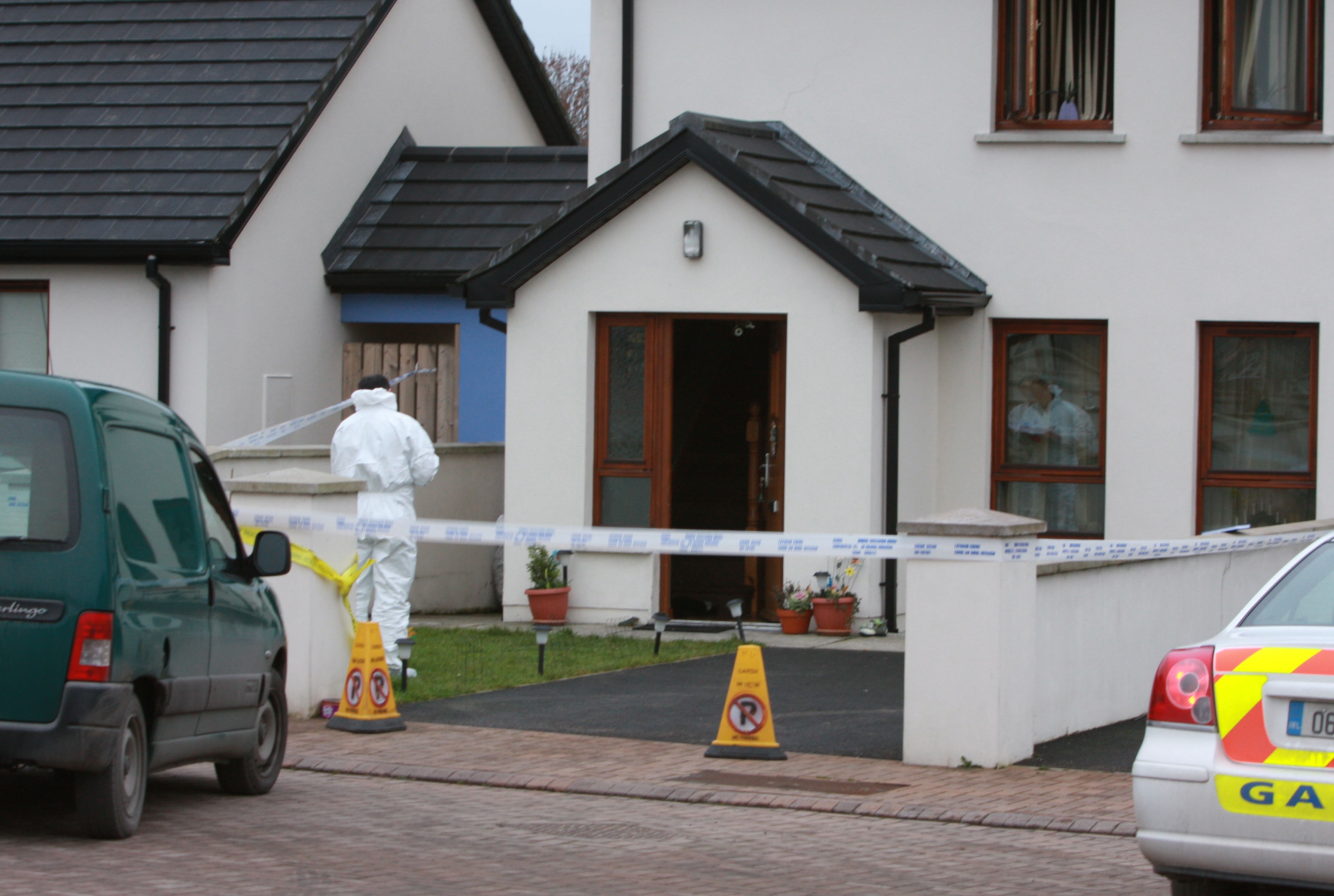 TRAGIC mum-of-five Elizabeth McLaughlin(Loftus) will be buried today – a week after she was burned to death.

The 50 year old separated woman’s body was found at her home in Carndonagh around 11am last Friday, New Year’s Eve.

A full forensic examination was carried out at the dead woman’s home at Clos Padraig as to the cause of the fire.

Gardai say it could still be at last a week before details of a postmortem into Ms McLaughlin’s death are released.

However fire officers at the scene of the blaze said they suspected the woman died of smoke inhilation.

Buncrana-based Sergeant John Gallagher said “The death is not being treated as suspicious at the moment.
“Certain procedures have to take place and post mortem results usually take a couple of weeks.”

Donegal’s chief fire officer Bobby McMenamin said that when the fire service arrived at the scene the house was mainly smoke damaged.
He said: “Two firefighters entered the fire and the female occupant was found in the house dead,”.
State pathologist Professor Marie Cassidy travelled to the scene on Friday evening and the scene was preserved and technically examined.
Donegal County Councillor Padraig MacLochlainn said it was a very sad tragedy for the family and extended community of Carndonagh.
“Obviously it is a terrible tragedy to happen on New Years Eve.
“My sincerest condolences are extended to the family at this stage.
“It is dreadful that something like this would happen at the start of a New Year,” he said.

Ms McLaughlin’s body was finally released from Letterkenny General Hospital on Wednesday to rest at her brother Hugh’s home in Gortnacool, Carndonagh before funeral mass at The Church of the Sacred Heart, Carndonagh at 1pm today.