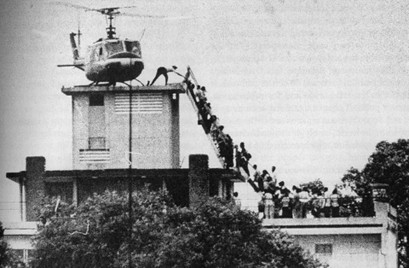 School re-developments and other spending measures were ‘reminiscent of the last days of Saigon!’

He told donegaldaily.com: “When the US army were leaving Saigon at the end of the Vietnam war the Americans clambered on to the last helicopter to get away.

“The FF Government are now on the way out and the hangers-on are trying to get out before they are thrown out.

“And remember no matter what they call themselves in Donegal -whether it’s FF, Independent FF, or Independent of FF – they are all the same and it time they got out, they cannot be allowed to damage the country anymore.

“It’s time the public made the choice: vote FF and those associated with FF, but make no mistake about what you’re voting for, wreckless mismanagement of this country, cronyism, and half-truths. The alternative is to vote for change.”