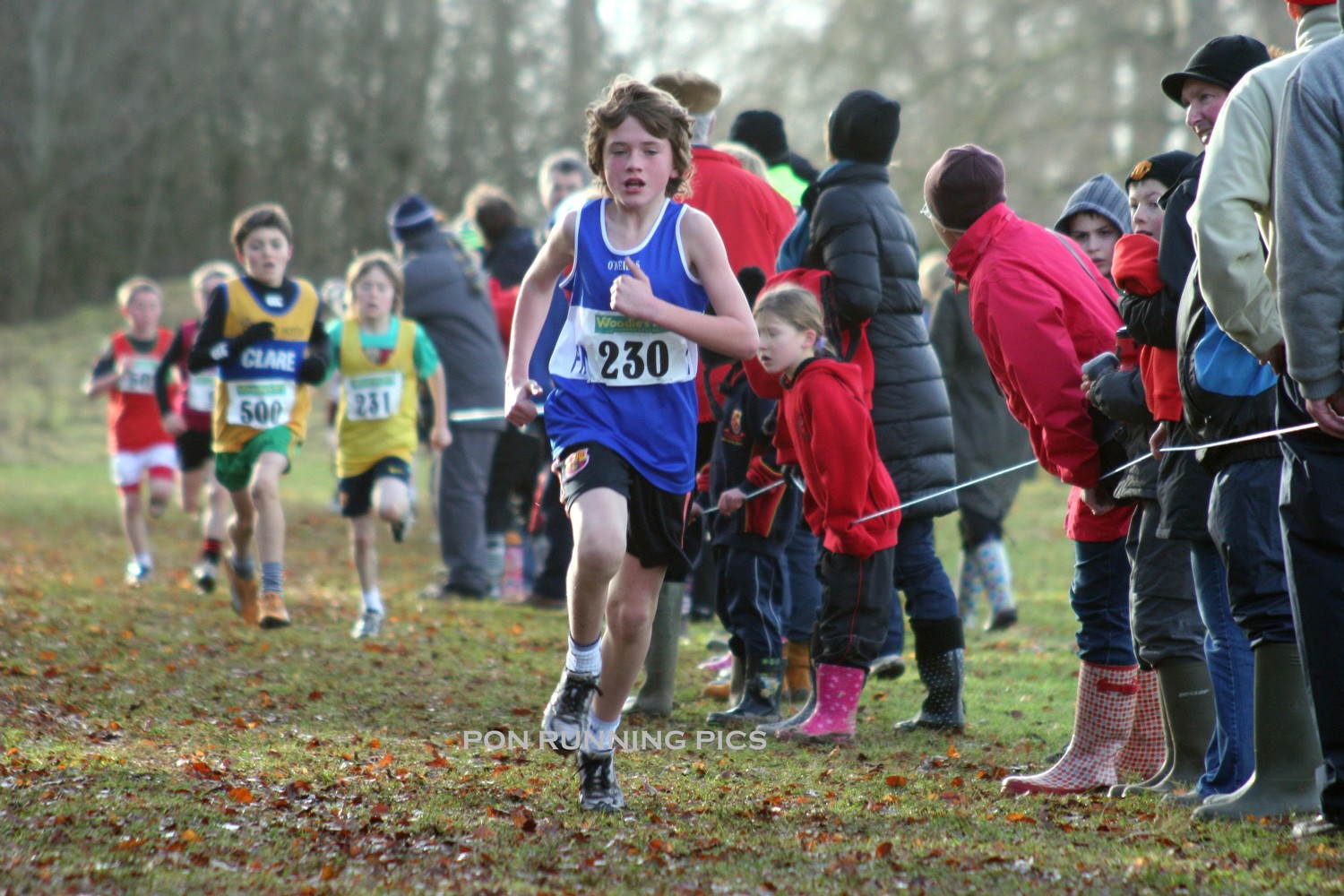 AARON IS PURE GOLD IN TULLAMORE

Aaron Mc Glynn from Glenfin was the outstanding athlete from the national underage and novice cross country champs Sunday in Tullamore.

Totally in control in a good chasing position from the off he moved ahead in the U – 11 boys when it mattered and came home alone leading a Donegal team to team gold with Pat Loughrey from Buncrana 3rd supported by Luke Gavigan 19th, Jamie Keegan 37,and the Letterkenny pair of Ronan Frain and Ben Carr.

The team score Donegal 165,Cork 199,Westmeath 208 with Mullingar winning the club contest from Valley. Mullingar 86, Finn Valley 112 , and Westport 115 Adam Mc Crudden ,Adam Mc Granaghan and Samuel Mc Clintock in support .
THe lead runner in the 11 girls was Nikita Mc Devitt with team 7th while Leanne Kelly 11 th was best of the 13 girls a team that finished 4th .

The under 13 boys fought hard indeed they have trained well just 2 pts adrift of medals indeed only 6 pts off silver.

A consolation was that Pauric Patton 11th,Adam Lynch and Denver Kelly were on Donegal team that finished 2nd led by Malin boy James Mc Kinney 7th.

The under 15 boys had Oisin Gallen on scoring bronze team while James Speight continues to excell closing in 4th under 19 boys.

Mark Bonner was a member of Ulster medal winning team but didnt engage sufficiently early on to impact accordingly.

In the novice it looked good for Noel Collins in the opening laps but he faded to 10th with Pauric Mc Laughlin a steady run to finish 17th . Not a great day for the novices but well done to all involved important to complete teams at this level .
This Thursday night trials for Donegal relay teams cross country 600m @ Finn Valley 7pm under 12/14 based on last years age divisions.

In another development Ballyliffin Coastal Challenge 10 mile April 23rd will be launched this Friday evening in Ballyliffin while the Donegal Co. Board have their annual awards night this Friday night also at Finn Valley with as many as possible encouraged to attend.

AARON IS PURE GOLD IN TULLAMORE was last modified: January 17th, 2011 by admin