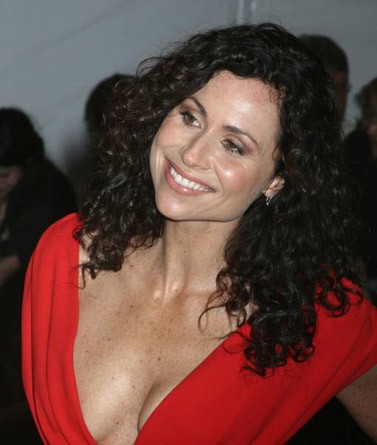 HOLLYWOOD STAR MINNIE TALKS OF HER LOVE FOR DONEGAL

BEAUTIFUL HOLLYWOOD star Minnie Driver has spoken of her love of Ireland – and of Donegal in particular.

The 41-year-old actor is promoting her new movie Conviction in which she stars alongside Hilary Swank.

And she says that despite an upbringing in Barbados, America and England, she has a special affinity with Ireland.

The movie which brought her to fame ‘Circle of Friends’ was shot here.

“I spent a lot of time there, not through family, but I had so many friends who were from there when I was growing up. I was always in Wicklow.

“And then through surfing I went to Donegal a lot. It’s absolutely beautiful. Beyond beautiful, but not for the faint-hearted.”

Bord Failte will be delighted!

HOLLYWOOD STAR MINNIE TALKS OF HER LOVE FOR DONEGAL was last modified: January 17th, 2011 by admin