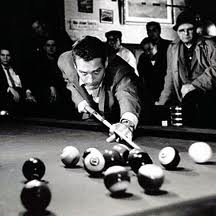 DONEGAL INVESTMENT SCAM: ‘GOOGLE SAVED ME FROM LOSING A FORTUNE TO HUSLTER’

DONEGAL INVESTMENT SCAM UPDATE: A TYRONE MAN has spoken how he almost threw away his life savings in the Donegal Investment Scam….until a last minute flick through the search engine Google changed his mind.

The man – who doesn’t want to be named – lifted the lid on how he was almost sucked in to losing all his money.

“Looking back now it reminded of Paul Newman in the film The Hustler – you get sucked in thinking you are on to a good thing, and then you get whacked,” the man said today.

“I was introduced to the boss of this scam and initially believed what I was hearing and seeing. It seemed to make sense that you could buy liquidated stock and sell it on at a profit.”

But at the last minute the man decided to check it out.

“Google saved me, there is no doubt about that,” he said.

“I went on the internet because I was a wee bit suspicious and when I put in the words ‘40% returns, investment’ there were dozens of hits all pointing to this being a scam.

“In fact one post had the top ten greatest scams of all time and this was right in there. Another pointed straight to the American financier Bernard Madoff who stole billions from people.

“I called the company in Donegal but I couldn’t get speaking to the man involved. I just left a message saying I wouldn’t be an investor.

“Now I know that was the best decision I ever made. I’m still kind of surprised that so many other people didn’t check it out properly, but I can see how they got sucked in as well – 40% returns are so tempting.”

DONEGAL INVESTMENT SCAM: ‘GOOGLE SAVED ME FROM LOSING A FORTUNE TO HUSLTER’ was last modified: January 20th, 2011 by admin