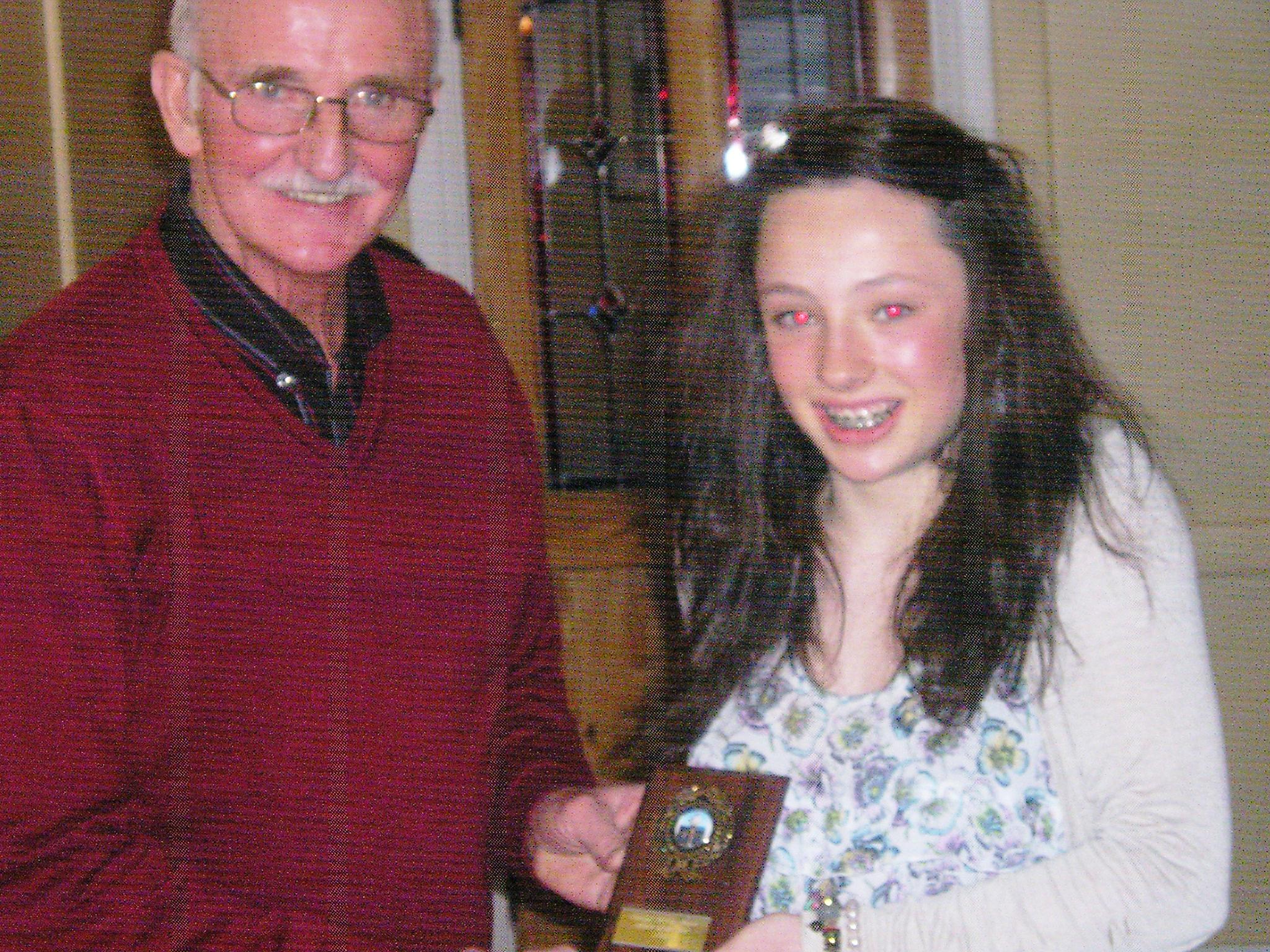 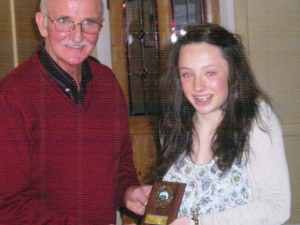 (Move cursor over each picture to see captions:)

The occasion was the Irish Masters Indoor championships and all three competed ‘out of their skins’ to bring back a total of six medals to the North West. 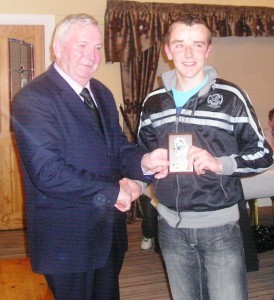 Marie Rooney, a role model in the Tir Chonaill club, was impressive in winning the 1,500m walk and followed up with silver medal performances in the 1,500m and 3,000m.Brenda Morris, new to the indoor circuit, surprised even herself in finishing 2nd in the 400m and 3rd in the 60m. Paul Ward, one the top middle distance master athletes in Ireland at the moment, following a most competitive 1,500m came home with an excellent silver medal performance

Mary experienced a few problems with her run up in both jumps disciplines but will iron these out as she progresses towards the Irish Indoor c/ships in the Odyssey, Belfast on 19/30th Feb. 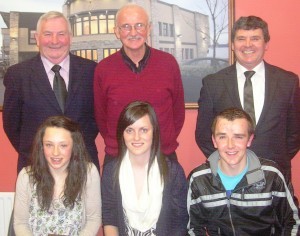 Tír Chonaill athletes were honoured on Friday night January 21st at a most enjoyable 2010 County Board Awards Function in the Finn Valley Centre. Presentations were made by double Olympian Danny McDaid, Co. President Eamon Giles and Co. Chairman Neil Martin to the following overall winners.

Each of the ten clubs in the county nominated two juvenile athletes for recognition. Karl Griffin and Kate McGowan were the Tír Chonaill AC recipients.
MC’s for the night were Brendan O’Donnell and David Doherty. The Tír Chonaill athletes’ citations read as follows, 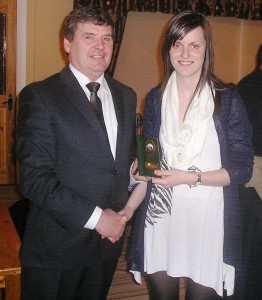 Mary McLoone  During 2010, Mary represented Ireland in the Europa Cup and was a winner at the home countries Indoor International in Cardiff. She won National Indoor and Outdoor Triple Jump titles and led Tír Chonaill AC for the 3rd time during the decade – 2003/2009/2010 – at the European clubs finals in Bern. She smashed County records in the 200m and Long Jump. She cannot be with us tonight as she is traveling to Nenagh for tomorrows Athletic Ireland Indoor Games. Jackie Harvey accepted the award on Mary’s behalf.

Louise Harvey During 2010, Louise competed in the Celtic International – 300mH; Won Irish age group titles i.e. U18 Indoor 60mH; Outdoor 100mH and 300mH; finished 2nd in the Irish schools Senior Girls 100mH and 400mH. She was honoured as Ulster and Athletics Ireland Donegal Juvenile Athlete of the year 2010. She was a member of the Tír Chonaill Team at the European Clubs in Bern – Louise has a best time of 62.8secs for 400m Hurdles.

Karl Griffin During 2010 Karl was a winner of U16 Indoor and Outdoor Athletics Ireland and Irish Schools U17 800m titles. He won schools U16 Indoor International in Cardiff and finished 2nd in the schools outdoor International in Glasgow. He ran an outstanding 1min 53.22secs for 800m at a BMC meet in Belfast in July and recently – last weekend ran 50.61secs for 400m at the ‘Irish Junior Indoor Championships’ in Nenagh.

Kate McGowan  Best Girl – During 2010 Kate won the Irish outdoor U14 80m hurdles title, finished 2nd in the 60m Hurdles Indoors and also medalled in Long Jump and 200m. This multi-talented girl was also a member of winning Tír Chonaill Indoor and outdoor All Ireland winning U14 and 15 relay teams. Kate also traveled as part of Neil Cullen’s Donegal Sportshall Team to the British finals in Birmingham and was a member of the winning Donegal sprint relay team. Other outstanding performances during 2010 included winning individual medals in Long Jump at the National Community Games finals in Athlone and in the 2 lap sprint at the Sportshall finals in Birmingham.

Another busy week ahead for club officials and athletes. Club members and the general public are invited to the official launch of the Cara Bundoran 10 mile challenge. The venue is the library in Bundoran –time 8pm. Those who attend will be given the opportunity and an incentive to register for the race on the night.

The race sponsored and supported Cara Pharmacies and a host of local public and private sponsors and promoted by Tir Chonaill athletics club in partnership with Athletics Ireland invites walkers, joggers, fit4life athletes and elite runners to the sea side town on Sat 5th March.

Some of the highlights for entering the race include

Child protection course   Tír Chonaill AC is hosting a Child Protection course for coaches on Saturday 29th January at 11am at the Abbey vocational School, Donegal Town. The course is open to all coaches from all clubs. Please contact David Doherty on 0868011540 for a place. Also on Saturday five young club athletes will contest the Athletics Ireland multi events in Nenagh – we wish them every success

Juvenile Club Presentation Night 2010 The rescheduled ‘Juvenile Club Presentation Night 2010’ will now take place on the Sunday 30th January. The occasion has a unique venue. A two hours trip on the Donegal bay waterbus will be used for presentation of awards and will have the added incentive of a relaxed social occasion. Sailing is at or Donegal Town training.2:00pm and tickets can be purchased [€5 each] from any of the coaches at Bundoran/Ballyshannon