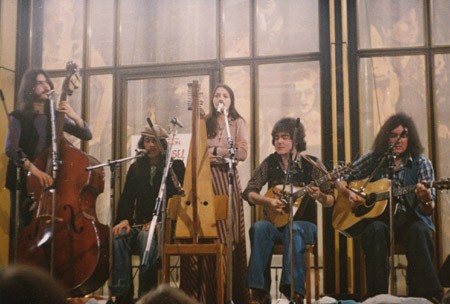 CLANNAD SET FOR HISTORIC GIG AS FANS FLY IN FROM JAPAN, USA AND EUROPE

THEY’RE Donegal’s most famous export – and tonight fans who have flown into Dublin from all over the world will gather at the city’s Christ Church Cathedral for an historic performance of Clannad!

The original five-piece line up of Moya Brennan, Pol Brennan, Padraig Duggan, Ciaran Brennan and Noel Duggan are reunited to perform a show that will fully reflect the extent of their 40 year career.

Although Pol has made a couple of live appearances with them since his departure in 1989, this will be the first time in over twenty years that the classic line up will present a full concert.

They are performing as part of Tradfest – originally for one night only until tickets sold out, so the first of three consecutive performances is tonight (Thursday).

Said Moya: “I know there were tickets sold to fans from America, Japan and all over Europe as well as Ireland – and Donegal of course – so we are really delighted to be playing.

“We’re looking forward to these gigs so much, especially because of the settings in Christ Church. It promises to be brilliant.”

CLANNAD SET FOR HISTORIC GIG AS FANS FLY IN FROM JAPAN, USA AND EUROPE was last modified: January 26th, 2011 by admin