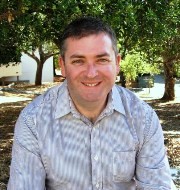 PROMOTION OF IRISH HAS POSITIVE IMPACT ON ECONOMY, SAYS BOFFIN

The Irish language can play a vital role in the future economic development of the country, according to a new book.

NUI Galway lecturer Dr John Walsh examines the link between the Irish language and Ireland’s socio-economic development and believes that promotion of the language can have a positive impact on the economy.

The book, Contests and Contexts: the Irish Language and Ireland’s Socio-Economic Development, focuses on the language-development link in a number of contexts.

Three Gaeltacht areas are chosen as case-studies of the ways in which the promotion of Irish interacts with local socio-economic development.

The new developmental policy of Údarás na Gaeltachta is examined, as is the changing focus of the organisation, particularly in the light of renewed concern about the strength of Irish in the Gaeltacht.

Areas outside the traditional Gaeltacht – west Belfast and Galway City – are also examined in the thought-provoking study.

Dr Walsh, Lecturer in Irish at the School of Languages, Literatures and Cultures, said that historians and commentators had failed to acknowledge how the rapid decline of the language had impacted on the development of the country.

He said:”There is virtually no discussion of language shift in most of the general histories of Ireland published in the past forty years,” said Dr. Walsh.

“On the other hand, there is another tradition stretching back as far as Thomas Davis and Douglas Hyde of authors who argue that the promotion of Irish has a positive impact on the development of Ireland.

“I survey those authors, from Davis to contemporary commentators such as Joe Lee, Michael Cronin and Finbarr Bradley and then examine their arguments in the light of various theoretical fields such as sociolinguistics, political economy and development studies.

“I conclude that we need a new theoretical model, combining elements of sociolinguistics and socio-cultural development, in order to better understand the link between language and development.”

The book was launched in the Galway City Museum by Peadar Kirby, Professor of International Politics and Public Policy at the University of Limerick.

He said: “Coming at a time of major national re-appraisal of where we are going as a society, this book has a huge contribution to make to charting the road towards a better future.”

Contests and Contexts: the Irish Language and Ireland’s Socio-Economic Development by Dr John Walsh is published by Peter Lang can be ordered at www.peterlang.com.