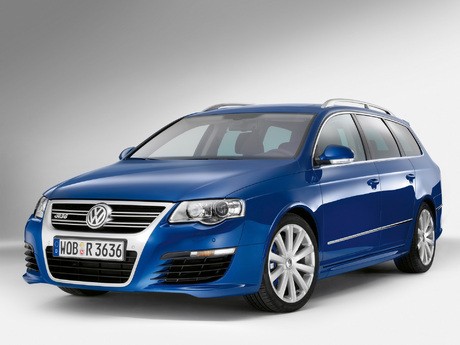 THE Passat is one of the most popular cars in the Volkswagen range and it has been around in one guise or another for the past 37 years. To date more than 15 million have been sold in 100 countries around the world.

In terms of sales within the Volkswagen range, only the Beetle and the Golf have out sold the Passat and now comes news of a 7th generation model, which went on sale with JJ Reid Letterkenny and S&R Motors Donegal Town this month.

Every 80 seconds a Passat is sold somewhere in the world. In the never ending quest for improved performance and economy, a new range of advanced and economical TSI petrol and TDI diesel engines are available to power the latest generation models with some cases fuel economy improved by as much as 18 percent.

A new look for this Volkswagen in both its guises; saloon and estate and both will be available for the first time together. Conservative best describes the styling of the new Volkswagen; clearly in taking it further up market, the designers were very much aware of who would buy it. The new car in my opinion is for those in their mature years.

I have to admit that I prefer the styling to that of the outgoing model. Clean lines and announced grille with distinctive fins framed by a pair of angular headlights provide much more personality.

The interior is sheer quality with a revised dashboard, new dials, trim finishes and an analogue clock, a small detail in itself, but one which further enhances the quality.Refinement is a word often employed while referring to a new car under test and the new model is certainly refined. Noise levels are low and this is aided in no small way by thicker glass in the windscreen.

There are six engines comprising three petrol and three diesels and the choice of a manual or DSG gearbox. The latter is a gem, which is widely used throughout the VW Group.

Petrol power ranges from 122PS to 210PS, while diesel power is in the band from 105PS to 170PS.The most efficient is the 1.6 litre TDI with 105PS and when it is BlueMotion form next year; it will offer 68.8mpg on the combined fuel cycle with a CO2 figure of 109g/km. Stop/Start is available on all of the diesel engine powered models, a device which further aids fuel economy.

The current generation of luxury vehicles simply bristle with technology and driver aids and the new Passat enters this rather exclusive league with a raft of new safety and comfort aids. These include a City Emergency Braking function, which automatically applies the brakes at speeds below 18mph should an unavoidable collision be sensed by the vehicle.

There will be no excuse for falling asleep while in control of this newcomer, an auto fatigue detection system monitors the driver’s inputs and emits an audible and visual warning when tiredness is coming on. This will be extremely useful on long motorway journeys, this is a first for Volkswagen and it will be available on most models.

The new Passat delivers in terms of comfort with road holding to a level you come to expect from this class, although I did feel that the electric power assisted steering did lack in feel.

Both saloon and estate offers ample room for driver, passengers and luggage and the variable load floor will no doubt prove very popular for many.

There are three trim levels, S, SE and Sport, thus given a wide choice for the buyer and the new Passat is likely to prove popular with the retail and business customer.

The first generation model launched in 1973 was something of a pacesetter then; now the new Passat is a thoroughly modern mode of transport, one which offers stiff competition to its rivals.