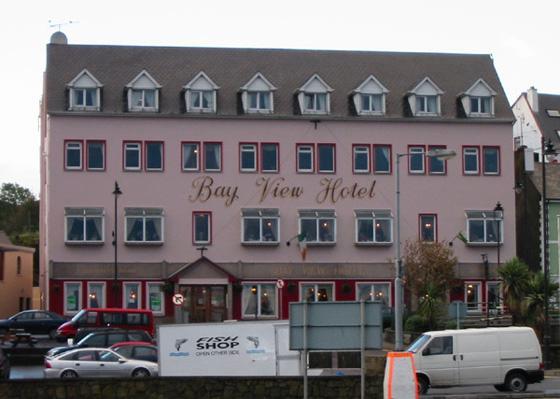 UPDATED: A director of the Bay View hotel in Killybegs has confirmed to donegaldaily.com that €300,000 of equipment has been ‘stolen’ from the premises and that he has called in Gardai.

There were fears the hotel was shut down after a visit from another director to the premises last night.

Mr O’Callaghan said he was left completely in the dark about the decision of another director from Leinster to send staff home and claim the hotel was closed with the loss of 35 jobs.

“The business is going well. I hope to re-open in a week or two and I will keep in touch with staff about that; the re-opening will depend on the view of gardai and the insurance company and obviously we want to know where this equipment is,” he said.

He added that there were a lot of bookings for March – and that he hoped to have the swimming pool re-opened later this week for school swimming lessons.

Earlier local councillor Thomas Pringle said staff and the entire area are stunned at the way in which the business closed.

He told donegaldaily.com: “A director of the hotel arrived from last night and insisted that guests should be moved to another hotel in the town as he needed to carry out renovation work.

“This was done, but then the manager of the hotel got a call at 7.45am this morning to say the hotel was closed and would not be re-opening.

“He said the hotel was going into receivership.”

Cllr Pringle said there was outrage locally at the way the hotel was closed.

But he said his thoughts were with staff and their relatives as news that they may have lost their jobs sinks in.

“The staff there have worked hard over the past couple of years to make a real go of the place and my understanding is that it was making a profit,” said the councillor.

“It is a landmark hotel in the town and as news starts to sink in there is devastation throughout the wider area at the loss of so many jobs.”

Cllr Pringle said he has been told that a large amount of equipment including TVs had been removed from the premises.

“This is a developing situation and I am assured by a local director of the business that he was completely unaware of what has happened,” he said.

“I understand that that director has asked gardai to come to the premises later today.”