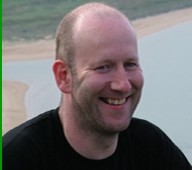 EXCLUSIVE: Dara Blaney, the youngest son of the late Neil T Blaney has told donegaldaily.com today why he is to contest the General Election in Donegal North East.

He is a member of the New Vision alliance, as is his brother Eamon Blaney who is contesting the election in Dublin.

Mr Blaney says he may have a Dublin accent, but having spent half of his life in Donegal, he is “very much a Donegal man.”

The 40-year-old said he did not seek the support of his extended Blaney family in Doengal – nor had he spoken to cousin and former Deputy Niall Blaney about his candidacy.

“I haven’t spoken to Niall. I have spoken to some relatives and they have wished me good luck but this is not about the Blaney name; this is about a new vision for Ireland and we believe we have that vision,” he said

He told dongealdaily.com: “I believe the people of Donegal want a strong, honest, independent T.D. not beholden to anyone or to any party. They are sick of party politicians putting themselves and the party before the interests of the country.“There is a great tradition of electing independents in Donegal like my late father Neil T. Blaney. He devoted his entire life to improving the lives of people in Donegal and elsewhere and had a vision for Ireland.

“Given the problems we now face I feel it is now my duty to give part of my life to that same vision. I have had enough.

“Enough of our country and its assets being being sold down the river to bankers, developers, multinationals, vested interests and europe for the benefit of a few in the golden circle.

“I have had enough of the corruption, the waste and the croneyism of the political classes here where self-interest and party interest are put before the country’s and the peoples’ interest. Politics has been brought into the gutter.”

Some of the policies are not dissimilar to Sinn Fein – they want to re-take natural resources – and separate sovereign debt from the banking debt.

The question now is will the people of Donegal North East back an independent Blaney again?

Only time will tell.

MEP calls for countries to work together...

Donegal TD hits out at proposal to...