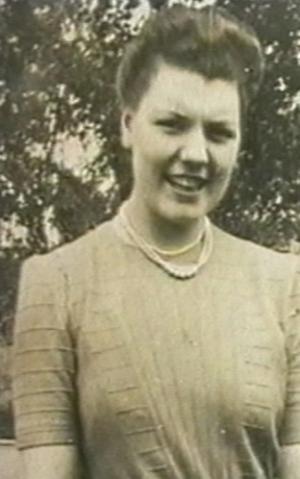 UNRAVELLING THE MYSTERY OF THE 1942 MURDER OF GERTUDE CANNING

THE FAMILY of a Donegal woman who died in tragic circumstances during the Second World War are appealing in Britain for help to find out more about the person she was.

On a bright, sunny day in 1942 Gertrude Canning, dressed smartly in her Women’s Royal Naval Service (WRNS) uniform, made her way to Inveraray in Scotland to post a letter to her family in Lifford.

When the letter arrived in her home county of Donegal two days later the 20-year-old was the subject of a missing person’s investigation. Three days later she was found dead – she had been shot four times.

Now 69 years later her nephew Joe Canning, together with other relatives, are trying to piece together more about their favourite aunt’s life after she left Ireland.

After visiting the spot where she was found and looking through police records Mr Canning contacted the Local History Society in Redditch, 15 miles south of Birmingham, for help after discovering she used to work at a hotel in the town before joining the Wrens and moving to Scotland.

Last year family members Liam, Tommy and Joe Canning, travelled to Scotland to pay their respects to their aunt.

They wanted to find out more about her time after she left Ireland and after discovering she worked for a period in Redditch called the Redditch Local History Society.

Anthony Green, from the society, said: “From the information the family was able to give us, we concluded that the hotel she worked in was the Foxlydiate Hotel.

“As part of our preparation for our exhibition, a young history graduate, Dan Hume, was able to pinpoint an article in the Redditch Indicator for July 18 1942 which repeated the story of her death in Scotland.

“It added that she became a barmaid at the Foxlydiate Hotel after leaving a hotel in Shropshire and that she was a popular member of staff who was responsible and quiet in nature and not known to have a single enemy.”

Mr Green added: “It is quite possible that there is someone reading this who remembers Gertrude, knows of her or may even have a photograph.

“The family is anxious to find out all they can so if anyone has any information, please get in touch.”

A local newspaper article from July 18 1942, reported her death in Scotland and stated she was a popular member of staff, quiet in nature without a single enemy and before she left for Scotland was presented with a sum of £17 19s.

Mr Green said the sum was a substantial amount for the time showing how well she was liked in the town and appealed for anyone who may have known her, or has a photograph of her, to get in touch.

The full story of Gertrude Canning will be on display at the group’s Redditch during the Second World War exhibition at Forge Mill Needle Museum in March and April.

Her killer was never found.

UNRAVELLING THE MYSTERY OF THE 1942 MURDER OF GERTUDE CANNING was last modified: February 11th, 2011 by admin