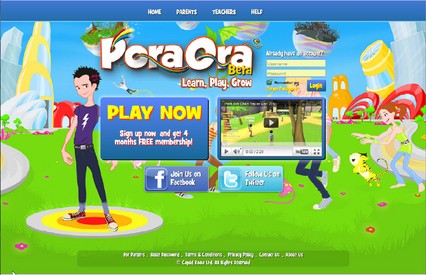 THE MAN behind a fantastic Cork company which provides online education and entertainment for kids, is a native of Co Donegal.

Neil Gallagher, a native of Arrranmore Island, set up telecoms and mobile solutions provider Sentaca in 2000.

The company hopes to attract between 5,000 and 10,000 people before a live launch in this country and the UK at the beginning of April.

The firm which is headquartered ion West Cork Technology Park also has offices in London and Poland.

Its aim is to have as many as 30 million users within three years, according to Gallagher.

The education content of Pora Ora, which is free to join, is mapped to the national curriculum of this country and the UK.

At the moment the educational content is focused mostly on maths and literacy with other elements being added later, including plans to provide teaching aids for languages including Irish.

Parents will be able to receive detailed reports about their child’s activities and progress.

The idea was to encourage parents to play a key role in their child’s educational progress and online safety, Neil said.

They had built in clear security settings into the site.

The plan is to convert a percentage of users to an enhanced subscription service with access to extras.

The firm also plans partnerships with mobile operators and educational firms, who are keen to launch education-based games.

Mobile operators in Europe, Turkey and Egypt, and an education company in North America had shown interest in Pora Ora. Discussions were at an early stage.

Pora Ora, says Gallagher, is committed to developing a love of learning in young children; encouraging them to be creative, imaginative, inquisitive and social.