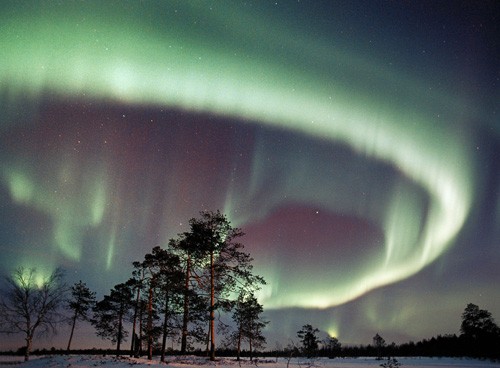 GET READY FOR DISPLAY OF NORTHERN LIGHTS OVER DONEGAL TONIGHT

WITH CLEAR skies forecast for tonight, it could be the best chance for years for people in Donegal to see the wonders of the Northern Lights in our night sky.
Scientists and astronomers believe tonight’s display could be particularly spectacular.
An aurora is a natural light display in the sky, particularly in the polar regions caused by the collision of charged particles directed by the Earth’s magnetic field.
It is so popular in more northern countries that places like Norway have an entire tourism industry centred around the fantastic light displays.
However Donegal will get its own version of the display over clear skies tonight – and possibly tomorrow night as
well, say experts.
Anyone wanting to know more should log on to the brilliant website at www.donegalskies.com.
GET READY FOR DISPLAY OF NORTHERN LIGHTS OVER DONEGAL TONIGHT was last modified: February 16th, 2011 by admin