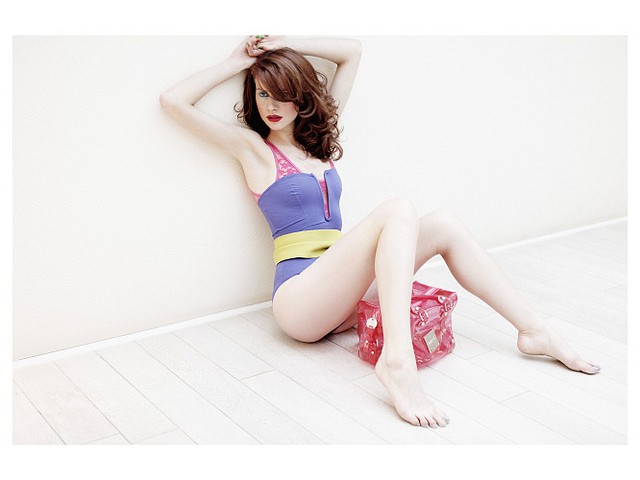 DONEGAL’S FAYE BEING TIPPED TO BE THE NEXT TOP MODEL

STUNNING BALLINTRA  girl Faye Dinsmore is the new face of men’s deodrant Lynx – and being tipped to be the next Kate Moss.

And having just landed a deal with L’Oreal, the future is bright.

In her latest TV ad for Lynx, she is being seen around the world casting her halo at one whiff of Lynx Excite.

Said Faye: “I know it’s not fashion but I shot the advert ages ago for a laugh. I’m probably the most un-Lynx girl they could have picked.”

Currently in Paris doing a shoot with L’Oreal, her next engagement is the Oscars in Hollywood.

Having already featured in a Galaxy chocolate advert and a Robbie Williams video, she is preparing to host next month’s Irish Fashion Awards.

And there will be plenty of people watching.

With 200,000 friends on Facebook, she’s Ireland’s most liked person on the social network.

DONEGAL’S FAYE BEING TIPPED TO BE THE NEXT TOP MODEL was last modified: February 22nd, 2011 by admin