THE countdown to Friday’s election has reached feverpitch with both Jimmy Harte and Charlie McConlalogue are claiming they have done enough to win that vital third seat in Donegal North East. 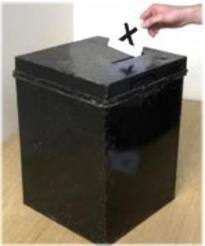 All opinion polls suggest that Padraig MacLochlainn and Joe McHugh will easily fill the first two seats in the constituency.

And despite some reports that Tanaiste Mary Coughlan could be in trouble in Donegal South West, it looks as if that constituency could stay the same.

But all eyes are on Donegal North East where there will be at least two new Dail Deputies come Saturday.

Labour’s Jimmy Harte told donegaldaily.com that he is receiving a very strong anti-Fianna Fail backlash on the doorsteps.

“That’s all I’m hearing and I’m not shy about saying that some of those telling me would have been Fianna Fail supporters.

“The people of Donegal have had enough and they want change and that’s all I’m hearing over the past month,” he said.

However Inishowen’s Fianna Fail councillor Charlie McConalogue has insisted his support has grown over the past two weeks alone.

“I have been getting out and about in the past three weeks and people now know who I am. I am offering them a new and alternative voice in Dail Eireann.

“I am young but I have spent all my life in politics and I know what people want and need. I am asking them to give me a chance now,” he said.

A recent poll by the Tirconaill Tribune newspaper had both men neck-and-neck on 15% of the overall vote with everything coming down to transfers.

Both have fought a very high-profile and open campaign with both claiming they have done enough to get over the line when the votes are counted at Letterkenny’s Aura Leisure Centre on Saturday.

The bookies have the Fianna Fail man marginally ahead but Harte insists transfers could take him over the line.