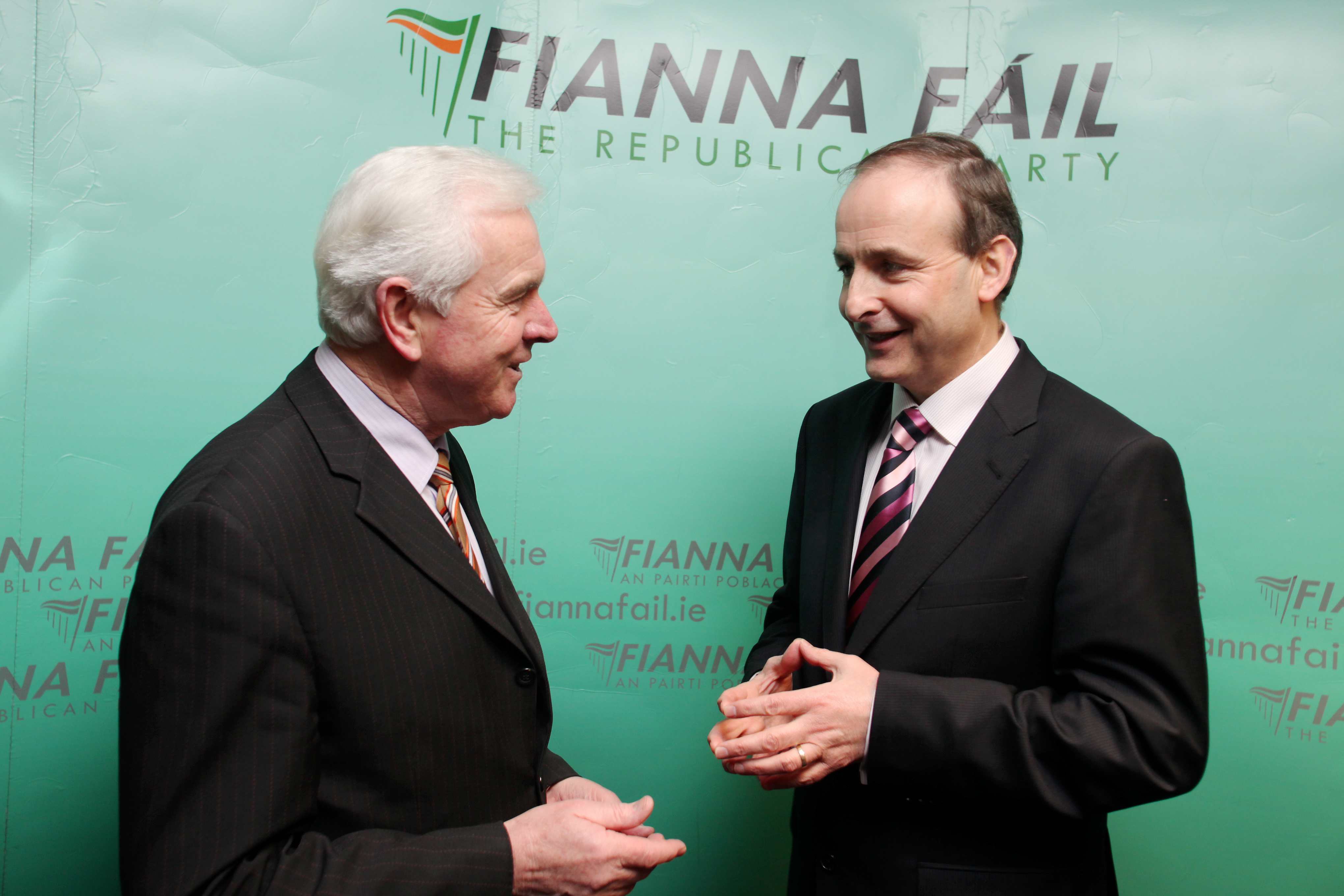 AMUSEMENT AS ELECTION POSTER FOR CORK TD TURNS UP IN DONEGAL

IT’S a long way from Clonakilty to Donegal – but that’s how far an election poster has travelled!

Voters in Donegal were baffled yesterday by an unfamiliar poster clamouring for space on the N56 between the villages of Kilmacrennan and Termon.

Closer inspection revealed it was Clonakilty-based TD Christy O’Sullivan, who is fighting to win a seat for Fianna Fail in Cork South West — over 500km away.

Some were suggesting the stranger in their midst was obviously prepared to go to any lengths to get re-elected — in this case the length of the country. Locals also wondered whether the Cork man had any links to Donegal.

But the TD revealed he was as baffled as anyone. “I know absolutely nothing about it,” a perplexed Christy told the Irish Independent today.

His quip that he’s delighted “to know that I’m now a national figure” just shows how effective he’s been since entering the Dail in 2007.

AMUSEMENT AS ELECTION POSTER FOR CORK TD TURNS UP IN DONEGAL was last modified: February 25th, 2011 by admin