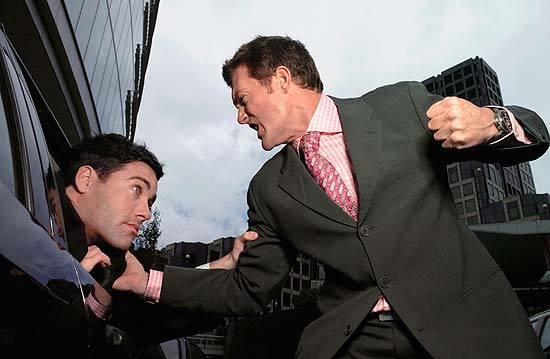 ROAD RAGE SHOCK FOR DONEGAL: WE’RE MOST LIKELY IN COUNTRY TO LOSE TEMPER 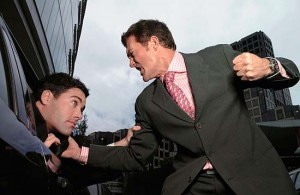 DONEGAL DRIVERS are the most likely in the entire country to beep their horn in fits of rage behind the wheel, a survey has found.

And one in three motorists in the county admitted to make rude gestures to other motorists.

Half of Irish drivers have admitted to letting road rage get the better of them within the last three years, said AA Ireland.

The organisation said it had polled over 10,000 motorists on the subject and found that 49.6 per cent of them had found themselves acting uncharacteristically aggressively as a result of the actions of other motorists.

22.5 per cent of men admitted to having rolled down their windows to yell at another motorist, while over 6 per cent said they had gone so far as to get out of their cars to confront another driver over their behaviour.

By comparison, about 3.5 per cent of women admitted to leaving their cars to vent their fury, and 12 per cent had rolled down their windows.

One in five drivers, overall, admitted to deliberately tailgating another driver, while almost half – 48.1 per cent – said they had made rude gestures at other motorists.

ROAD RAGE SHOCK FOR DONEGAL: WE’RE MOST LIKELY IN COUNTRY TO LOSE TEMPER was last modified: February 25th, 2011 by admin