DONEGAL’S rising singing sensation Lisa McHugh has been given the ultimate leg-up after Daniel O’Donnell wrote her new song. 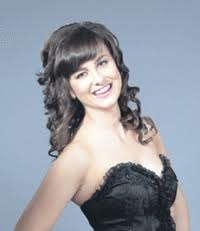 The song, which is called “Beyond The Rainbow’s End” is the first time Daniel has put pen to paper to get behind another singer.

Newcomer Lisa, 22, who is thrilling audiences across Donegal and further afield with her silky voice, is over the moon that Daniel has got behind her.

But Daniel has been equally glowing in his praise of the Scottish-born singer who now lives in Letterkenny.

“She has the kind of voice I have always wanted to write for,” gushed the Kincasslagh star.

DANIEL HOPES TO BREAK LISA INTO THE BIGTIME WITH HER NEW SONG was last modified: March 4th, 2011 by Stephen Maguire