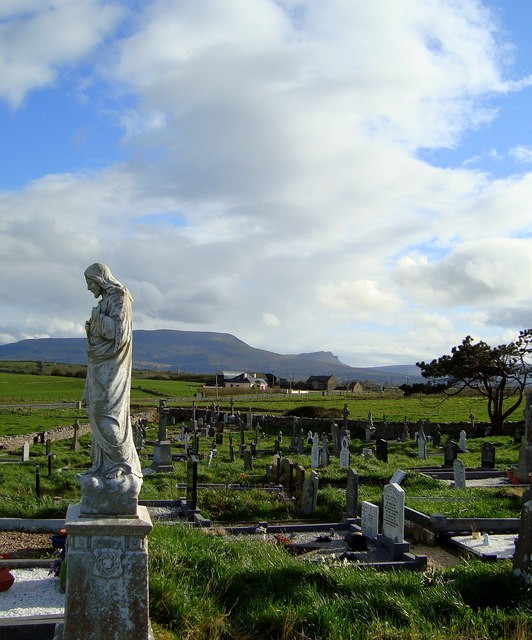 HOW SICK CAN YOU GET? EVIL GHOULS TARGET WIDOW AT BUNDORAN GRAVEYARD

GARDAI ARE hunting sick ghouls who rob cars when mourners visit graveyards in the south of the county.

One heartbroken Bundoran woman has revealed that thieves broke into her car and stole her handbag while she was tending to the grave of her late husband.

The woman – and her grieving daughter – were laying fresh flowers at the cemetery when the gang struck, making off with a considerable amount of cash.

She revealed: “When we pulled into the graveyard at around 1pm I did notice a car pull up in a lay-by up ahead but I didn’t think anything of it at the time.

“We knew we were only going to be a few minutes so we left our bags in the car and locked it.

“When we returned less than five minutes later one of the windows had been smashed in and both of our handbags had been taken.”

The widow went on: “They took our cards, money and ID but also items of sentimental value.

“I am so angry. The other car was gone which makes me think they (the thieves) were targetting the graveyard and people visiting it.

“The Guards have been very helpful and are now investigating it.”

HOW SICK CAN YOU GET? EVIL GHOULS TARGET WIDOW AT BUNDORAN GRAVEYARD was last modified: March 8th, 2011 by admin