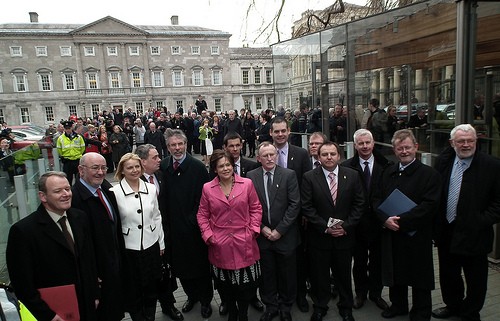 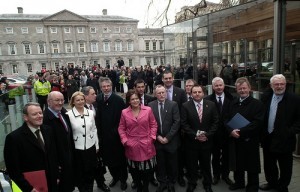 Party president Gerry Adams – the new TD for Louth – Fine Gael/Labour Party Programme for Government represents more of the same failed policies which were just rejected by the electorate.

He said: “Sinn Féin is entering this Dáil with an enhanced mandate and in greater numbers. We will provide stoic and determined opposition in the Dáil.

“The policies brought forward by Fine Gael and Labour in their Programme for Government represent more of the same, a continuation of the policies of the previous Fianna Fáil led Government which were roundly rejected in the election.

“Sinn Féin will put forward realistic proposals in this Dáil to deal with the current economic mess, to create jobs and to protect public services.

“We will provide strong and effective opposition to the new Government.”

In the run up to the election of Mr Kenny as Taoiseach, Pearse Doherty addressed the Dail on his concerns for the future of the country – claiming Labour/Fine Gael will continue the old policies of Fianna Fail.