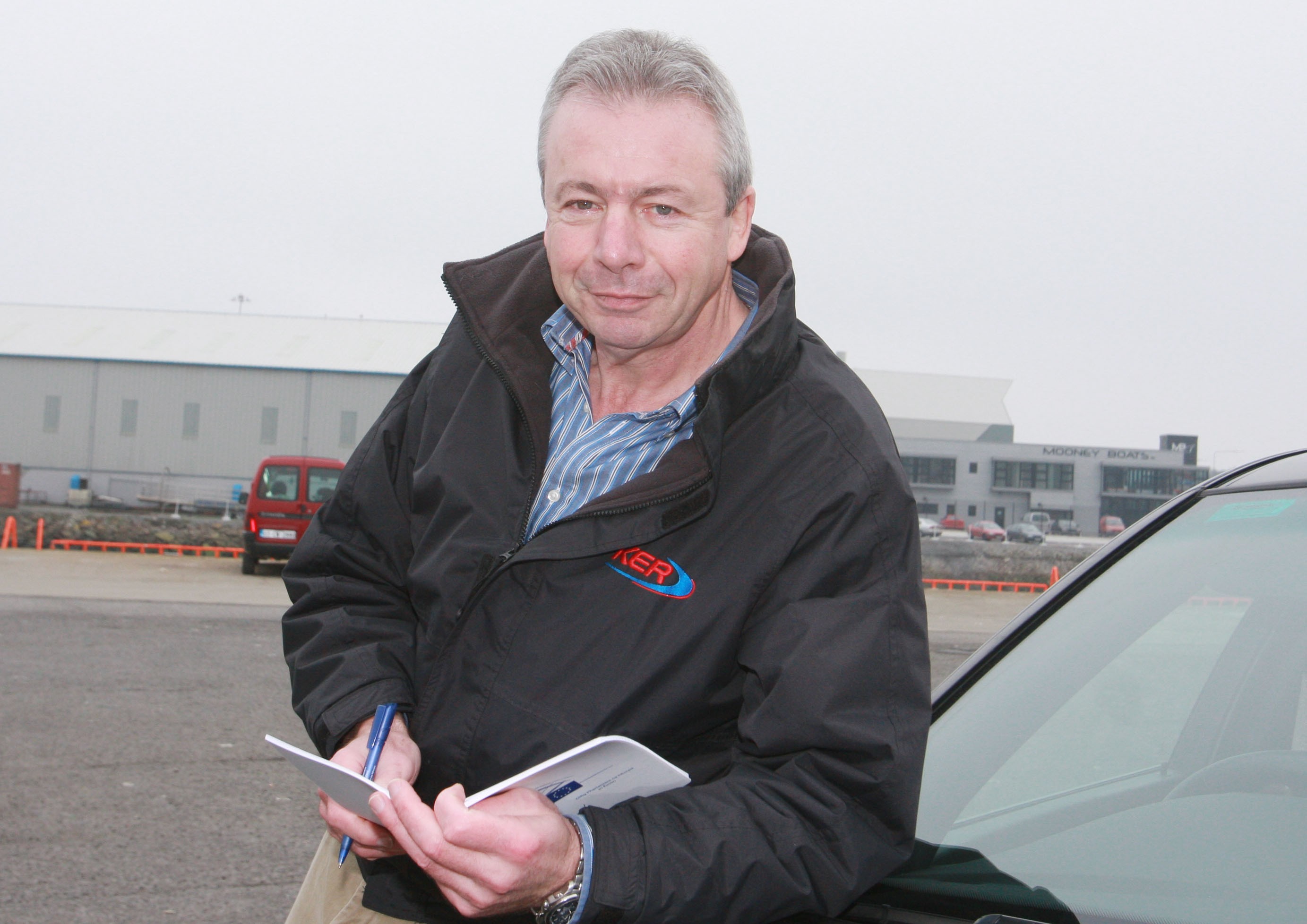 A WELL-known Donegal rally driver will compete next week – for the first time without glasses!

Martin Howley is a familiar face on the Irish rally scene as well as in Killybegs, Co Donegal, where the fisherman skippered a boat for 30 years.

Now the 58-year-old has revealed that he has ditched his glasses after undergoing an “incredible” new eye operation at Belfast’s Cathedral Eye Clinic.

And next week he will compete in the Mayo rally, his first race without glasses.

Martin said: “I’m like a lot of people my age; my eyesight is deteriorating due to age but I’m just a bit too old for laser surgery.

“Then I heard about this new procedure in Belfast and I had to check it out. I spoke to a couple in Donegal who had had it done and I booked myself in.”

The businessman had an Lentis M-Plus multi-focus lens inserted into his right eye, restoring his sight so that he could even drive without glasses the next day.

“I have to say it is absolutely incredible,” said Martin.

“I’ve spent a fortune on glasses over the years, forever losing expensive ones. To have a life without glasses now is a massive change for me.

“I’m competing in the Mayo Rally next week and won’t have any glasses on board! And that was after going through a procedure that lasted just 15 minutes.”

The revolutionary new procedure was carried out by one of Ireland’s leading eye specialists Professor Jonathon Moore from Belfast’s Cathedral Eye Clinic.

Martin revealed that the professor, who lectures on the procedure to other eye specialists from around the world, had called him personally several times afterwards to check on his progress.

“I have been working to help develop new techniques and the MPlus lens replacement is the very latest technology. It’s the next step forward and it’s a huge step forward.“It opens up a whole new world, especially for those over the age of 40 who tend not to be suitable for regular laser treatment.”

Based at the University of Ulster in York Street, Belfast, Professor Moore and the Cathedral Eye Clinic specialise in a range of ground-breaking procedures.

Clinic director and optometrist Andrew Spence said: “This lens is the very best and involves the very latest technology. It has the potential to literally change lives.

“This lens itself is very simple but it gives outstanding results. We know from talking to people like Martin how it does make a massive difference.

“Whereas the laser treatment offered at the moment generally only suits people under the age of 40, this new treatment can work for most people of any age.

“This procedure is relatively new and we will be supporting Martin all the way in the Mayo Rally next week.”
For more information log onto www.cathedraleye.com.