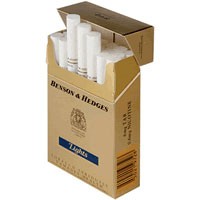 CUSTOMS RAIDS IN DONEGAL AS €3M WORTH OF DODGY CIGS SEIZED

Revenue investigators have raided several premises in Donegal today and made a number of arrests after they seized contraband cigarettes.

The cigarettes, which are believed to be counterfeit, were hidden in a 40ft container that arrived at Dublin Port from China via Rotterdam. The contents of the container were described as “ceramic tiles”.

The operation, codenamed “Operation Marble” and spanning several days, resulted in the seizure of “Benson & Hedges” cigarettes and an articulated truck in Co Louth.

Several people in Co Donegal and Co Louth have been interviewed. Investigations are ongoing both in the State and abroad, according to Customs.

CUSTOMS RAIDS IN DONEGAL AS €3M WORTH OF DODGY CIGS SEIZED was last modified: March 11th, 2011 by admin