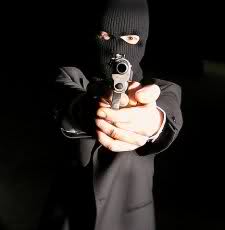 A DISSIDENT death squad which has murdered a number of drug dealers in Derry is planning to step up its campaign in Donegal and is now targeting dealers on this side of the Border, donegaldaily.com has learned.

Republican Action Against Drugs (RAAD) believes dealers are using the ‘safety’ of Donegal to peddle narcotics.

And we have been told they are stalking a number of dealers in Inishowen, a number of areas of east Donegal and Letterkenny.

The group was set up in Derry in late 2008 and consists of former republican paramilitaries who don’t believe police are doing enough to tackle drugs dealers.

It actually supports the peace process.

A security source in the North told us today: “We have information which we believe to be correct that a number of dealers who are based in County Donegal and who are dealing both in that county and here in Derry are being targeted by RAAD.

“The group has carried out a number of attacks in Donegal and we believe there will be more.”

In June 2009 the gang exploded a bomb under a car in Manorcunningham and in March last year it put a bomb inside a so-called ‘Head Shop’ in Letterkenny. The store never re-opened.

And last Monday it claimed responsibility for an attempted ‘execution’ in Muff. A motorcyle used in the incident was later found burned out at Carnamoyle.

Our source added: “These people have no qualms about carrying out attacks wherever and whenever suits them.

“Obviously the PSNI and Gardai are working closely to monitor this threat.”