THE DAY THE BOY FROM BRAZIL MET THE BOYS FROM RAPHOE

WE all remember meeting our heroes when the rare occasion happened to come our way. 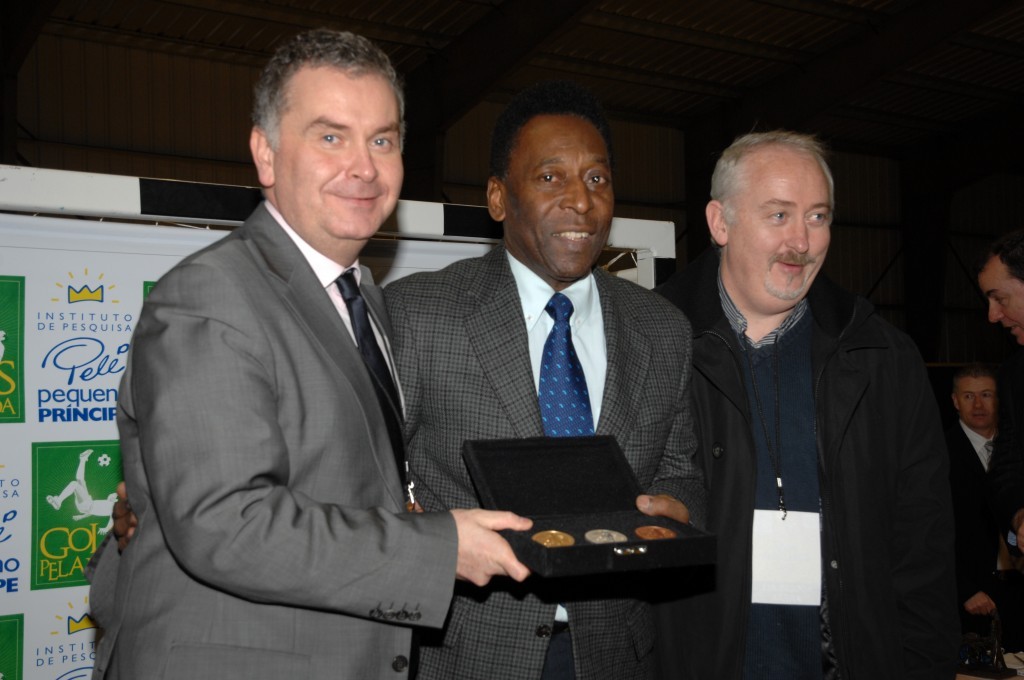 But Brazilian footballer Pele will probably remember more than most the details about the day he met Garrett and Johnny Harte from Raphoe.

Their eyes met across a crowded room but Pele instantly recognised the two Donegal men, who if chance had come their way, could possibly have played for Raphoe Town!

That chance passed both lads by but they got the opportunity to share a field with Pele this week at the launch of Goals For Life – a charity which raises funds for children’s hospital including Our Lady’s Hospital for Sick Children in Dublin.

As the station editor with radio station Newstalk 106 – 108, Garrett met Pele as he acted as media sponsor for the event.

In his role as Garrett’s older brother, Johnny said he just couldn’t miss the opportunity to meet Pele – unlike the many opportunities he missed from six yards for St.Eunan’s.

The principal fundraising initiative is the sale of gold, silver and bronze medals representing each of the 1,283 goals Pele scored during his career.

It took organisers more than an hour to cater for the crowds looking for an autograph from their heroes.

And yes, Pele signed a few as well.

THE DAY THE BOY FROM BRAZIL MET THE BOYS FROM RAPHOE was last modified: March 13th, 2011 by Stephen Maguire