SHE may hail from a remote part of Donegal but supermodel Faye Dinsmore is about to turn the Irish fashion industry on its head. 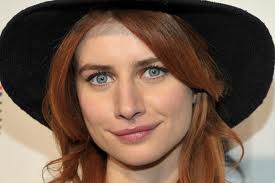 The beautiful 23 year old from Laghey has finally confirmed her inaugural fashion awards bash will take place on March 29.

The 5′ 10″ model who is behind ‘Ireland’s Most Influential in Fashion’ awards, will be jetting home from New York to host the event at the Mansion House.

And the top model, who has almost 250,000 fans on Facebook, reckons that it’s time to shake up the Irish fashion industry.

More than 30,000 fashion followers cast their votes and the interest was so big that Faye decided to transform the online awards into a night out.

“I’m going to fly back to Dublin, and bring some friends like photographers, stylists, agents etc from Paris and London to get a taste for all that Irish fashion has to offer. Hopefully it will be a fun evening,” she said.

“I noticed I didn’t meet many people from home in the fashion industry so I decided to do a little awards ceremony,” she said. “People could nominate someone and then vote for anyone. I wanted to recognise photographers, hairdressers — all those people.

“It went huge, we had hundreds of thousands of hits. It’s going to be really good.”

Dinsmore, who splits her time between Paris and New York, is signed to the world’s top model agency, IMG, which represents Kate Moss, Gisele Bundchen and Heidi Klum, and is one of our most successful models. 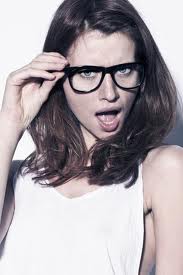 The beauty, who’s one of 14 children, was originally spotted in 2008 outside Trinity College Dublin, where she studied French and Classics.

She insists she never considered modelling and now feels “very lucky” that she’s making a name for herself in the cut-throat industry.

Thanks to her technological whizz boyfriend Paddy Cosgrave, she has also harnessed the power of the internet to raise her profile even more on the international stage with her popular blog.

With regular updates on what really goes on behind the scenes at catwalk shows as well as a series of controversial articles about the fashion and beauty industry, she’s quickly becoming one of our best-known exports.

Ireland’s Most Influential Awards are divided into two different categories, namely the Industry and the People’s Choice Awards.

A shortlist of the most influential people in Irish fashion was devised by Faye, with an international expert picking the overall winner.