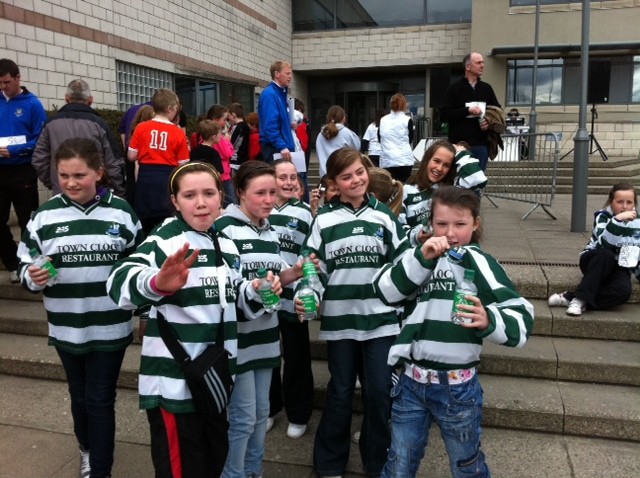 FOOTBALLERS and fans swapped the playing field for the streets of Letterkenny as they marched in celebration of the sport’s contribution to the community on Sunday.

Wearing the kit and colours of scores of clubs from all over the county and beyond, the children and their parents who cheer from the sidelines every week marched in the Donegal sunshine, proud to be part of a national day.

Ireland goalie Shay Given had to cancel his planned appearance but that didn’t take away from a great day out for the children and their parents.

The former Republic of Ireland and Leeds United midfielder said he set up the John Giles Foundation to “harness the great energy of the Irish football family” and “to show that football forms a large part of Irish community life, offering thousands of people an outlet to enjoy themselves”.

The Letterkenny walk was one of 14 simultaneous walks countrywide, with sporting heroes, politicians and celebrities taking part. Half the funds raised will go to the clubs, and the other half to the John Giles Foundation for community football projects.

Giles was clearly delighted with the turnout.

“The weather is a big help. We didn’t know what to expect but what a great crowd. We are delighted with it,” he said.

One of the Donegal organisers Brian Cannon said: “It was a great day out and was a great celebration of sport, with fundraising a great part of it.”