A man died in a blazing inferno at his mobile home just hours after celebrating a 21st birthday party with family and friends. 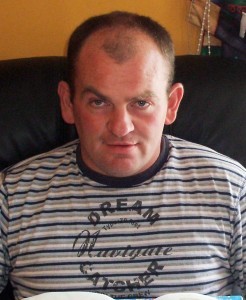 Columba Doherty had been out socialising at Seaview Nightclub when he returned home to his mobile home in Brinaleck, Gaoth Dobhair on January 31st, 2008.

However, only the shell of the mobile home belonging to the 30 year old handyman was found the next morning at 7.30am after it had burned to the ground.

An inquest into Mr Doherty’s death at Letterkenny Coroner’s Court heard how it was likely that the blazed was caused by a cigarette which had fallen onto bedclothes.

Mr.Doherty’s injuries were so bad that he could only be identified by his dental records and by a watch on his hand which his sister Ann McFadden identified.

A passing motorist Catriona Gallagher said she saw smoke coming from the mobile home the next morning and immediately called 999.

However when the emergency services arrived the home was only a smouldering shell.

Pathologist Dr.Gerry O’Rourke said death was caused by carbon monoxide poisoning brought on by smoke inhalation as a result of a fire.

He also revealed that Mr Doherty had suffered extensive burning and that his right hand was completely missing after the fire. 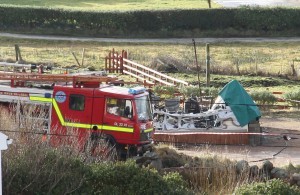 “If he had been sleeping it meant that he would have simply gone into a deeper sleep-like state when the fire broke out,” said Dr.O’Rourke.

Garda Forensic Crime Scene Investigator John Harkin said there was only a shell left of the mobile home.

“Because there was no concrete on the internal walls, the fire would have spread very quickly,” he admitted.

Coroner John Canon questioned the materials being used to make mobile homes after a man burned to death in a horrific fire.

He said he did not mind if the ten person jury added ‘a rider’ to their verdict making suggestions on the materials used to make mobile homes. 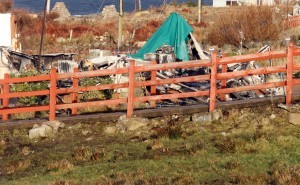 He said “My main concern is what materials these homes are made of. It seems on this occasion that there is little indication that there was a caravan there at all apart from the concrete foundation.

“It seems that the materials used are very flammable and this mobile home went up like a tinderbox. The intensity of the heat must have been huge.

“It seems like these homes offer very little protection in the case of a sudden fire,” he said.

The jury returned a unanimous verdict of accidental death in accordance with the findings of pathologist Dr Gerry O’Rourke.