WEST DONEGAL TO GET ITS OWN 250 SEAT CINEMA

WEST DONEGAL is about to be put firmly in the picture with the news that planning permission has been granted for a new cinema in Gaoth Dobhair. 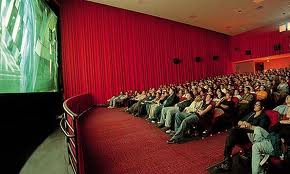 Local businessman Hugh Martin Doherty hopes to build a 250 seater cinema on the site of the Hotel Glenveagh, formerly known as The Dodge.

The only cinema in the area, the Astor Cinema in Derrybeg, closed some time in the mid 1980s.

There was also cinemas in other local nearby towns including Falcarragh and Dungloe but these all closed down more than 30 years ago as well.

Mr Doherty hopes to create up to 20 full-time jobs when the cinema is officially open with plans to have three screens in the complex.

The cinema will contain a 110 seat theatre as well as smaller 90 seater and 50 seater theatres.

Mr Doherty said he hopes that cinema-goers will be munching popcorn and watching the latest blockbusters in time for Christmas.

At present people from West Donegal must travel to the nearest cinema in Letterkenny to see the latest movies.

WEST DONEGAL TO GET ITS OWN 250 SEAT CINEMA was last modified: March 31st, 2011 by Stephen Maguire
Facebook0Tweet0LinkedIn0Print0
Tags:
cinemadonegalpopcorn