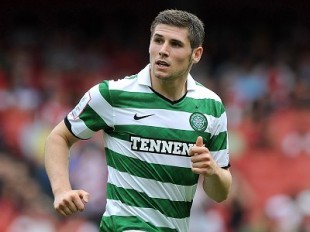 Celtic chief executive Peter Lawwell wants fans to be put first after today’s game at Inverness was called off because of a waterlogged pitch.

Many Donegal fans had made the journey to the Highlands for the game.

It is the second time this season a Celtic game at Inverness has been called off at short notice.

“Our fans are the lifeblood of our club and of Scottish football,” Lawwell said after the match was postponed just two hours before kick-off.

“They need to be considered more when it comes to setting kick-off times.”

Celtic’s Scottish Cup tie against Inverness Caledonian Thistle on 13 March was also postponed because of a waterlogged pitch and many fans would have already set out for the trip to the Highlands when Saturday’s match was called off.

“Inverness are a great community club and chairman George Fraser, director of football Graeme Bennett and the rest of the board always make us and our supporters feel very welcome, so it is a difficult situation, but clearly there is something wrong with the drainage of the pitch here,” Lawwell told Celtic’s official website.

“I have great sympathy for our supporters who were already on their way here and we can only apologise to them.

“We value their support and they do need to be considered when it comes to setting kick-off times, otherwise they are going to end up saying ‘enough is enough’ if they’re being asked to travel to games such as Inverness with a midday kick-off time.

“The kick-off time is not ideal for our supporters, who were already on the road and halfway to Inverness when the game was called off.”

The postponement presents a significant fixture headache for the Scottish Premier League.

The only available slot before the league splits is Thursday 14 April. Celtic will be playing league matches on Saturday 9 and Tuesday 12 April, with a Scottish Cup semi-final at Hampden on Sunday 17 April – which would require them to play three matches in six days.

Inverness, for their part, have league matches on Saturdays 9 and 16 April.

However, the SPL could schedule the Inverness-Celtic game for after the split if the league knew for certain in which half of the table Terry Butcher’s team would finish.

That, though, is very tricky to predict: Inverness lie in seventh spot, a point behind sixth-placed Motherwell.