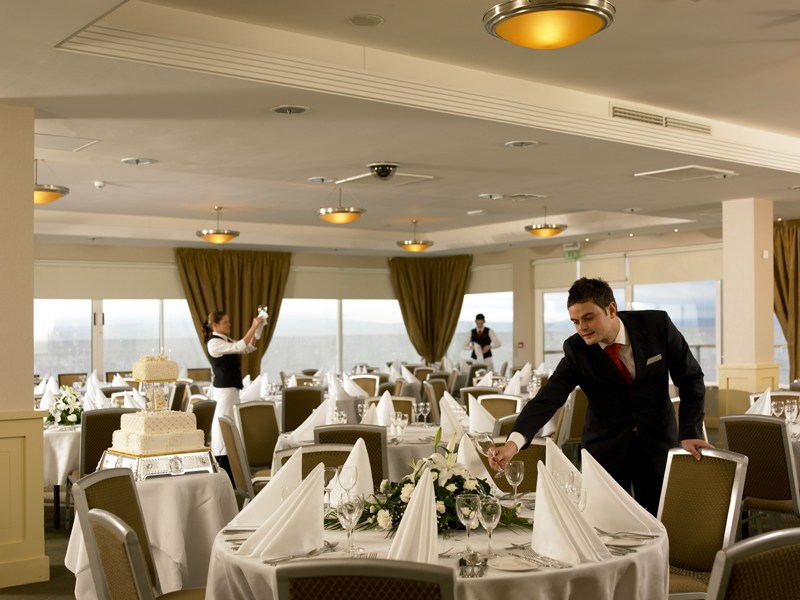 THE REDCASTLE hotel has new owners, the manager revealed today.

Management at the Redcastle Hotel have confirmed that the limited company which operated the hotel until March 22nd has gone into liquidation.

However new owners took over the premises two weeks ago and jobs are safe, said general manager Ian Wynne.

In fact, the hotel, which was taken over by Pisana Developments Ltd, is actually looking for new staff!

“The Carlton Group ceased their management of the hotel on that date and since then the operation of the Hotel, Golf & Spa has been directly with the existing management team and hotel owners.

“Pisana have been happy to take on the employment of all current hotel employees and are honouring all bedroom, wedding and other reservations and deposits and memberships previously paid to Carlton Redcastle Ltd.

“Harcourt Developments themselves owns ten hotel properties and is committed to the long-term success of the Redcastle Hotel, which is one of the leading hotels in both the Donegal and wider Ulster region.

The Redcastle Hotel, Golf & Spa Indeed won “Ulster Wedding Venue of the year 2011” and Ian Wynne, General Manager stated that it was a true reflection of the team’s commitment to a great product and personal service and that it will remain a key focus as it always has been as the hotel reverts to the control of its owners:

“The hotel has simply ended an agreement with Carlton and is continuing from strength to strength as the team looks to continue in an award winning vein focussed as they always have been and always will be on excellent service in all areas, we really look forward to the future in conjunction with the hotel’s owners.”

Jobs at the hotel are totally unaffected and in fact the hotel is currently recruiting for additional posts created by Carlton’s departure. The Redcastle Hotel continues to be a major employer in the area employing over 100 full and part time staff.

The Redcastle Hotel, Golf & Spa offers facilities that cater up to 300 people in their main Ocean Suite, many of the 93 bedrooms offer sea views and a parkland golf course, Thalasso pool and C Spa complete the resort. The Hotel is located on the Inishowen Peninsula just outside of Moville in Co Donegal.

A meeting has been called to appoint a liquidator to the company that ran the Inishowen Hotel until March 22nd. This will take place on April 15. The meeting will be held at a hotel in Cavan.

Accounts filed with the Companies Office show the previous company has been loss-making over a number of years.

The business had debts of about €1m at the end of 2009 and does not own the premises it operates out of. The main creditors are banks owed €200,000 and suppliers. Accumulated losses were in excess of €1.2m.

Anyone owed money by the hotel should attend the creditor’s meeting – but they will have to travel to be there. The meeting takes place at the Kilmore Hotel in Cavan at 12 noon on Friday April 15. Thelimited company which ran Redcastle has its registered address at Parkway House, Old Airport Road, Cloghran, Co Dublin.