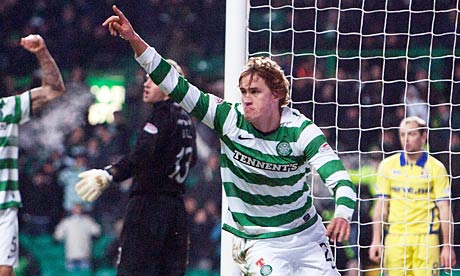 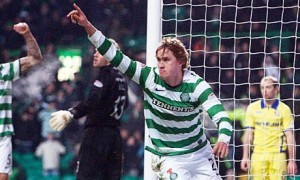 HOOPS defender Thomas Rogne has insisted that Celtic can handle the prospect of four games in eight days and emerge with their title credentials intact.

But the postponement of the weekend clash at Inverness means the Hoops may have to fulfil all their fixtures before the SPL split later this month.

The Norwegian star said: “We have a very big squad with a lot of quality players, so I don’t think it would be too big a deal for us.

“I think we’ll deal with it fine. ‘Is it reasonable to be asked to play four games in eight days? Yeah, I think it’s reasonable. We are all fit guys, so I think we can do it. Of course, it would be tough but, as I said, we have a big squad. That’s an advantage for us.

“There would be no excuses. If that’s the way it is, then we just have to deal with it.”

This week’s games could give an idea on the crucial issue of whether Motherwell or Inverness are bound for the top six.

If Motherwell emerge in the top six, then the need to squeeze in the Inverness v Celtic game before the split could be lessened.

If ‘Well don’t Celtic could be told to travel to Inverness a week on Thursday. With a home game against St Mirren this Saturday and a trip to face St Johnstone next Tuesday evening already pencilled in, the Scottish Cup semi-final against Aberdeen a week on Sunday would become their fourth game in eight days.