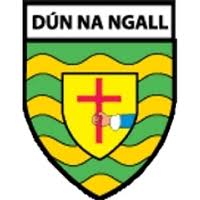 GAA: COUNTY BOARD IN TALKS WITH HQ OVER HALF A MILLION EURO SHORTFALL

THE DONEGAL County Board is to meet Croke Park officials GAA after it emerged they must find half a million euro in order to finance their affairs in 2011.

County treasurer Séamus O’Donnell announced at this week’s meeting of the county committee that some €486,400 has to be found to cover costs of developing the new Centre of Excellence in Convoy, and which has to be paid to the developer by the end of next month.

To address the shortfall Donegal officials will meet representation from Croke Park next Friday, before the annual Congress, in Mullingar, to seek a loan to bridge the cost of the development.

The biggest source of income to the board’s books are the levies from clubs and divisional boards, which make up €220,000.

The board is overdrawn by €30,869.73, although it was explained this wasn’t an unusual scenario at this time of year, with some clubs’ levies being paid in instalments.

GAA: COUNTY BOARD IN TALKS WITH HQ OVER HALF A MILLION EURO SHORTFALL was last modified: April 8th, 2011 by admin