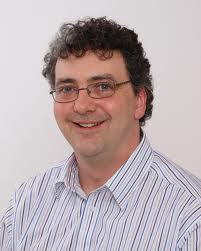 TD PRINGLE: PEOPLE MUST HAVE THEIR SAY ON EU/IMF BAILOUT

DONEGAL SOUTH West TD Thomas Pringle has criticised the Coaition Government’s decision not to hold a referendum on the EU/IMF bailout.

The newly-elected Independent TD is part of a technical group in Dail Eireann which had attempted to force the Government to take the deal to the people.

Speaking in the Dail Mr Pringle said: “Minister Hayes said he wanted an honest debate on this issue. Yet he did not bother to address the substantive issue in the motion- that the motion calls for the Irish people to have their democratic right confirmed and the question put to them on the IMF/EU bailout.

“We have been treated to speaker after speaker on the government side of the house waffling on about the bank bailout itself and clapping themselves on the back as to how they have now sorted it all out, well time will tell.

“What is more interesting is the government’s reluctance to debate the issue of the merits or otherwise of putting a question to the Irish people and letting them decide in a truly
democratic way what we want to do about the bailout, and gain a definite mandate from the people to go and negotiate a new way, a way that puts ordinary working people and families at the heart of the solution and not the very banks and class that put us into the hands of the IMF/EU’.”

The Killybegs man siad that ‘the government policy of bailout for the banks will force more austerity on the ordinary people of Ireland to pay for the gambling mistakes of a wealthy elite.”

He added: The austerity that we are facing will see small farmers, the unemployed, pensioners, low and middle income earners and our children and sick punished by this government.

“The closure of small schools, hospital wards, the removal of income supports for small farmers, working families and the unemployed will be the effects of the austerity package’.

Fianna Fail voted with the Government on the issue.

“After only a month in office this government by taking on the clothes of FF have relinquished their mandate and rejected the people who voted them in,” said Deputy Pringle.