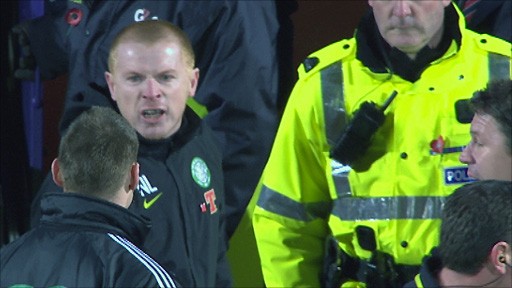 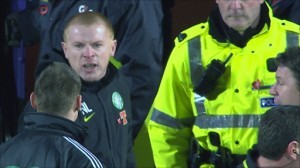 Beram Kayal scored his first goal for Celtic to beat St Johnstone and take the Hoops five points clear of Rangers at the top of the Scottish Premier League.

Kris Commons and Georgios Samaras had already been denied by goalkeeper Graeme Smith before Kayal flicked the ball in on the stroke of half-time.

Liam Craig forced a good save from Celtic’s Fraser Forster as Saints improved after the break.

But they did enough to secure a win that stretched the Perth side’s run to 10 league games without a win, the last five of those without a goal.

The game had a farcical start, with a number of footballs coming onto the field of play to cause confusion as part of a fans’ protest at the 1800 BST kick-off required to avoid a live television clash with the Champions League.

Ally McCoist has successfully appealed against a two-match touchline suspension while two of his Rangers players have escaped additional bans.

Madjid Bougherra and El-Hadji Diouf, who were sent off in the Scottish Cup loss to Celtic, have instead been fined for their “serious misconduct”.

Diouf was fined £5,000 by the Scottish Football Association, while Bougherra must pay £2,500.

Assistant manager McCoist had received his ban for a touchline altercation.

Celtic manager Neil Lennon had already been given a four-match ban following the same incident between the two men at the end of his side’s 1-0 win on 2 March.