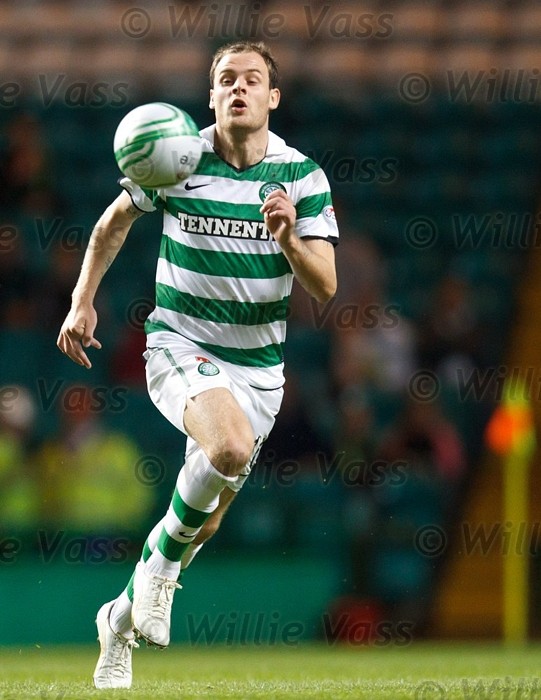 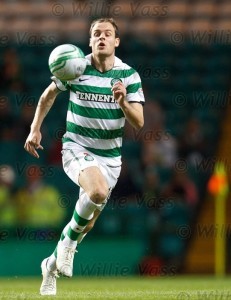 MORE than 300 fans from Donegal made the trip to Hampden Park today to see Celtic safely through to this season’s Scottish Cup Final after a 4-0 win over Aberdeen.

Celtic made hard work of their task in a first half which saw Anthony Stokes have a penalty saved by Dons goalkeeper Jamie Langfield after Andrew Considine’s red card for the Pittodrie side.

But Neil Lennon’s half-time team talk seemed to do the trick and Celtic ran Aberdeen ragged in the second 45 minutes.

Charlie Mulgrew’s free-kick put Celtic ahead after the break and Joe Ledley’s shot doubled their advantage.

With Neil Lennon’s side chasing the Scottish Premier League title, Celtic remain in contention for a domestic double and will return to Hampden to face Motherwell, 3-0 victors over St Johnstone in Saturday’s semi-final, on 21 May.

Stokes had a number of chances to give Celtic a first half lead.

And none would have been easier than when Aberdeen conceded a penalty in thrge 49th minute when Hooper ran on to Scott Brown’s incisive pass and was tripped by Considine, who was sent off for the second time in successive matches against Celtic.

But Langfield made a great save from Stokes’ strike.

Stokes was foiled again by the Dons keeper when he whipped in a shot from the left.

The Irish striker however had a great game and he was put through by Hooper at the start of the second half with Langfield again making a save.

Celtic took the lead in the 49th mintue when Mulgrew’s free-kick missed everyone who was waiting in the box and bounced past the despairing Langfield.

Smith made another timely block on a Stokes shot as Celtic pressed for a second.

Aberdeen had the ball in the net when Magennis headed in but the offside flag had been raised against the Dons striker.

And within seconds Celtic had doubled their lead as Stokes’ low cross found Ledley on the run and the Welshman turned the ball past Langfield from inside the box.

Referee Willie Collum pointed to the spot for a second time after Young challenged Stokes near the byline and Commons drilled the ball into the net from 12 yards.

Commons volleyed over moments later after being found by Stokes and Langfield did well to snuff out the danger when Hooper burst into the box off Maloney’s pass.

Celtic completed the scoring when Brown’s low cross was turned back into the six-yard box by Wilson and Maloney, who had replaced Ledley, was on hand to finish.

Now the scramble will begin for Cup Final tickets.

Hoops manager Neil Lennon said afterwards: “I was delighted with how we played today. Aberdeen made it difficult but we pushed further forward in the second half and made the breakthrough.

“We are looking forward to the final against Motherwell but we have a lot of hard work to do before that, so we won’t think about it too much just yet.”