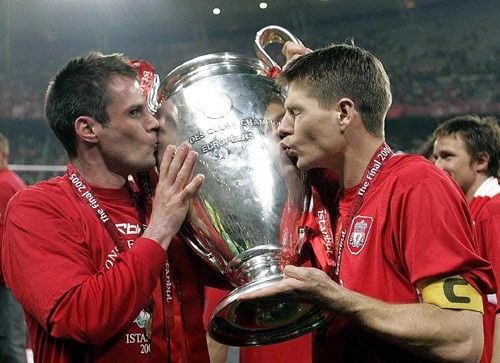 THEY’VE won the trophy more times than any other English club and next week Liverpool FC will bring the European Cup to its latest Academy Soccer School Camp next week – and a number of Donegal kids will be there to see it.

Dozens of children from across Ireland will attend the latest LFC Academy at the University of Ulster Jordanstown Campus next Tuesday, April 26th.

There are two 3-day courses being coached by trained Liverpool Academy experts – a Premier Soccer School and a Goalkeeping Soccer School. There are still a limited number of places available. The academy is being run in conjunction with the Happy Children charity.

An LFC Academy spokesman said the club is very excited to be bringing the European Cup to Ireland.

“Of course it will be under the watchful eye of our security staff,” said the spokesman.

“But it will be great for all the children to have the opportunity to have their picture taken with this famous trophy.”